Meet Robert DeAngelo, a 10-year old with an impressive list of credits on IMDB. Hailing from Atlantic City, New Jersey, Robert and his sister Brooklyn were adopted in 2016 by Danielle DeAngelo. The family moved to Lakeland, Florida in 2018 where they have been active in the community ever since. A rising star to watch, we had the pleasure of photographing Robert at Curtis Hixon Waterfront Park in Tampa, Florida.

Robert is already an accomplished actor, having been cast in several feature films. His most recent role was that of a vampire and he did an amazing job! We were so impressed with his professionalism and ability to take direction. It’s clear that he has a bright future ahead of him.

In addition to his acting chops, Robert is also an accomplished drummer. His enthusiasm and energy are contagious and we had a blast working with him. 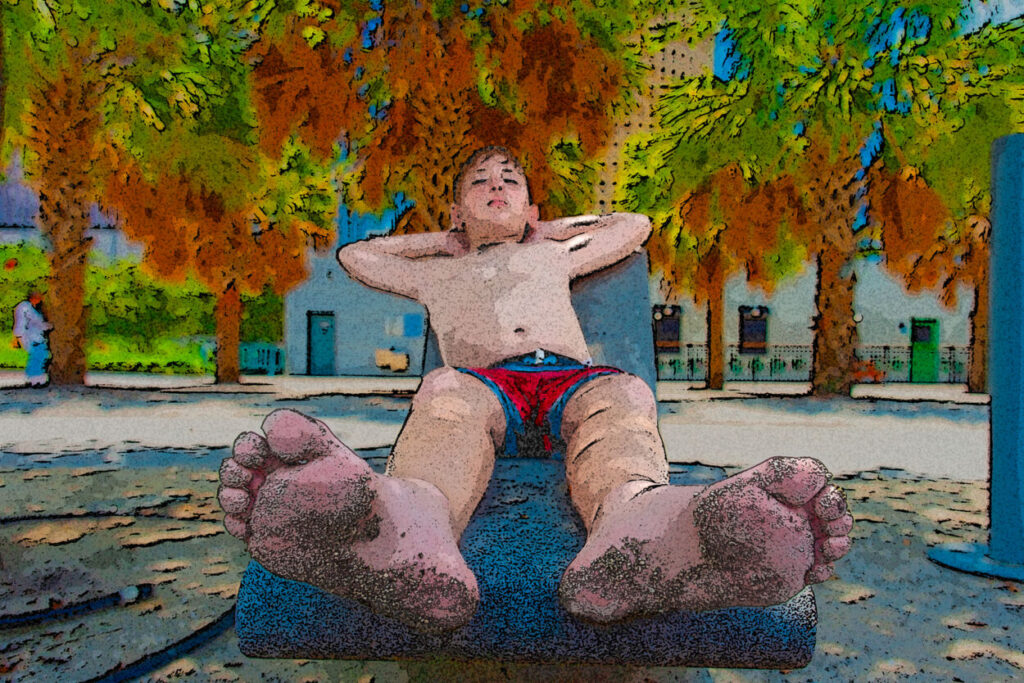 Child actor relaxing on a bench in Tampa

We’re excited to see what the future holds for Robert DeAngelo. He’s a talented young man with a lot of charisma and we’re sure we’ll be seeing more of him on the big screen soon!

The shoot was a lot of fun, and I was able to get some great shots of the area. Some of the images were made for the Focus on Feet series, and could be also considered Children’s Environmental Portraits as well.