Following my visit to Gurukulam Shiksha in March of 2018, I was very fortunate to receive a referral to meet Mr. Uday Vishwanath Deshpande, who is widely considered the world’s foremost authority of the sport of Mallakhamb.  Mr. Deshpande is the Director and Chief Coach at Shree Samartha Vyayam Mandir, a sacred sports institute located in Shivaji Park, in the heart of Mumbai, India.  The institution was founded in 1925 by the late Shri P.L.Kale Guruji.  Though training in a a variety of sports disciplines is offered, the most visible and unique is the art of Mallakhamb.  Mr. Desphande first started visiting Shree Samartha Vyayam Mandir when he was barely three years old.  His parents would drop him off while they played badminton across the street. 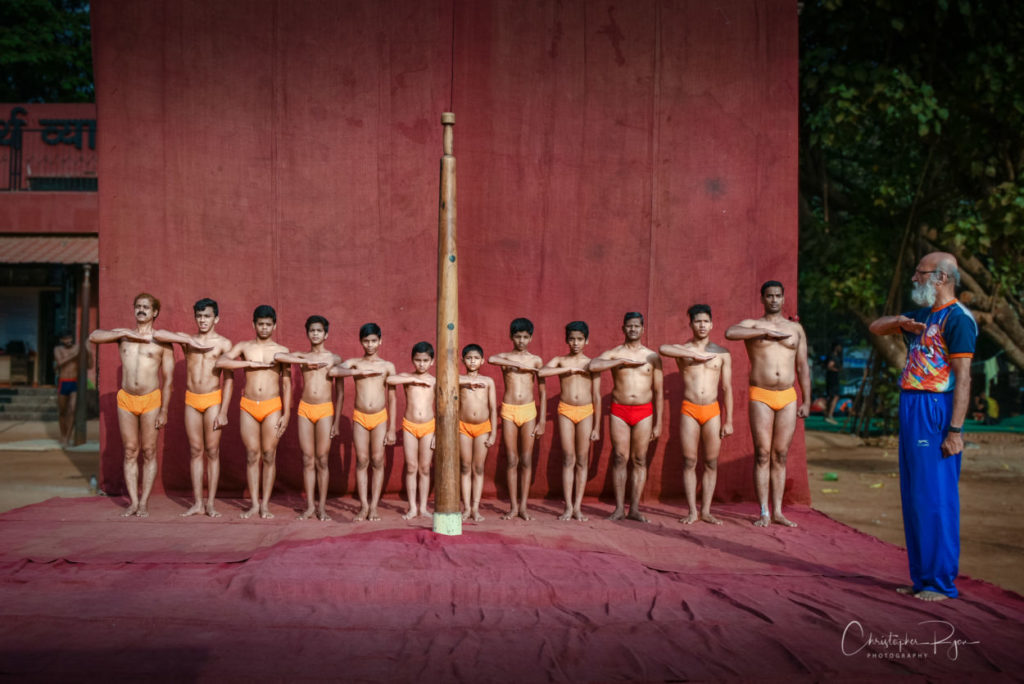 Shree Samartha Vyayam Mandir students begin each session with a salute to honor the sport, the head coach, and their audience.

One of the most interesting features of Shree Samartha Vyayam Mandir is that there are no fees for participating on any team or training in any discipline.  Everything is operated on an honorary basis.  Mr. Deshpande has personally lived by this principle by contributing decades of service as coach (starting at age 15), then later head coach, and Honorary General Secretary – all on a honorary basis.  That is to say he has never received a salary for this valuable work.  You may be wondering how this is possible.  Mr. Deshpande did have a salaried career working for the Central Government from 1975  to 2013.  He started as Inspector of Customs & Central Excise, then became Superintendent in 1991, and Assistant Commissioner in 2009, finally retiring in 2013 after serving 38 years.

Prior to his government career, Mr. Deshpande studied at Ramnarain Ruia College, then completed a Bachelor of Science degree in 1974 majoring in Chemistry & Botany.  Additional educational credits include Certificate Course in Teaching Gymnastics from the National Institute of Sports, at the South Center in Bangalore,  Yoga Teacher’s training Course in 1980, from Mumbai. 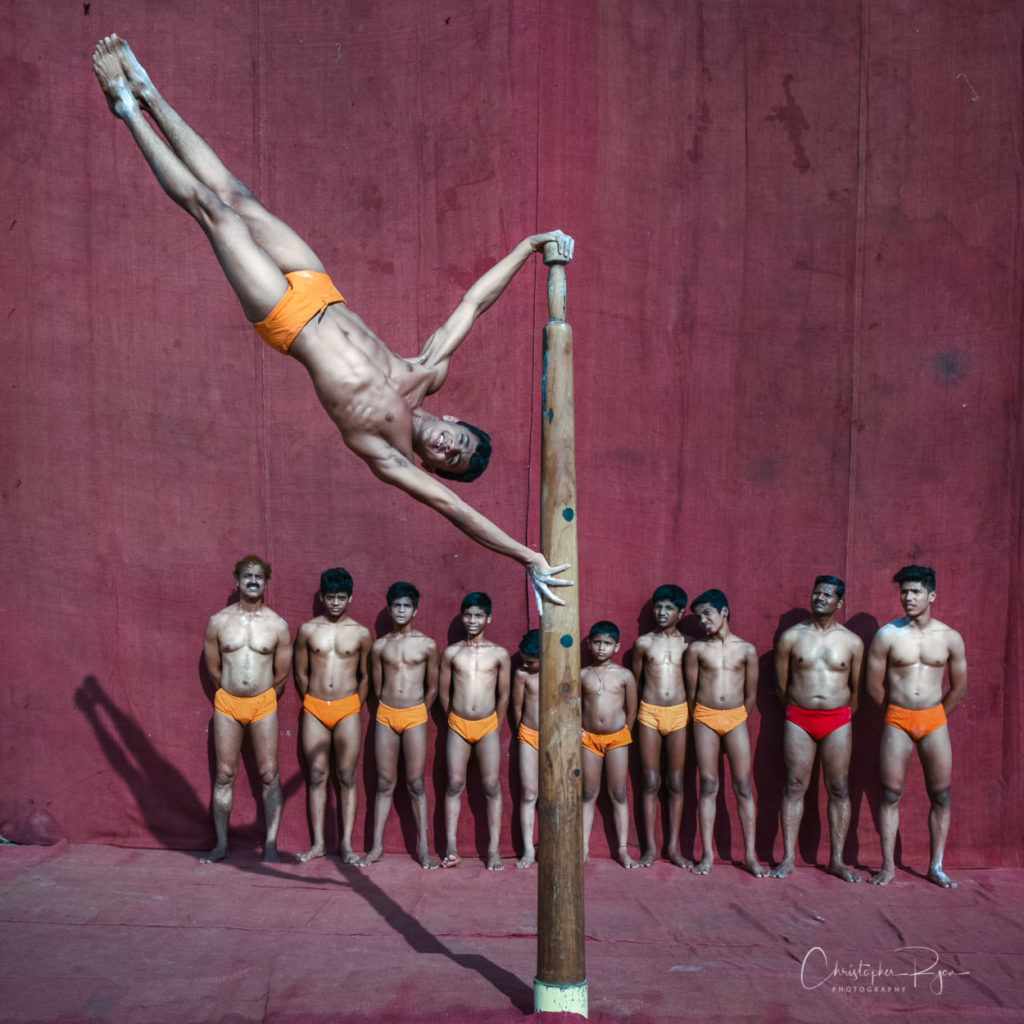 Mallakhamb is a very demanding sport practiced which originated in India and thanks to the dedication of professionals such as Mr. Deshpande, has spread throughout the world.   The name itself means “Wrestling – Pole” and many consider it a precursor to modern-day “Pole-dancing”. Mallakhamb is performed on a standing pole or a hanging rope. The oldest record of this sport is found in Indian literature from the 12th century, it became a competitive sport in India in 1958 in the National Gymnastics Championship. Mallakhamb performers are highly disciplined and dedicate a great deal of time to perfecting their performing abilities. They have incredible upper body strength as well agility and focus. 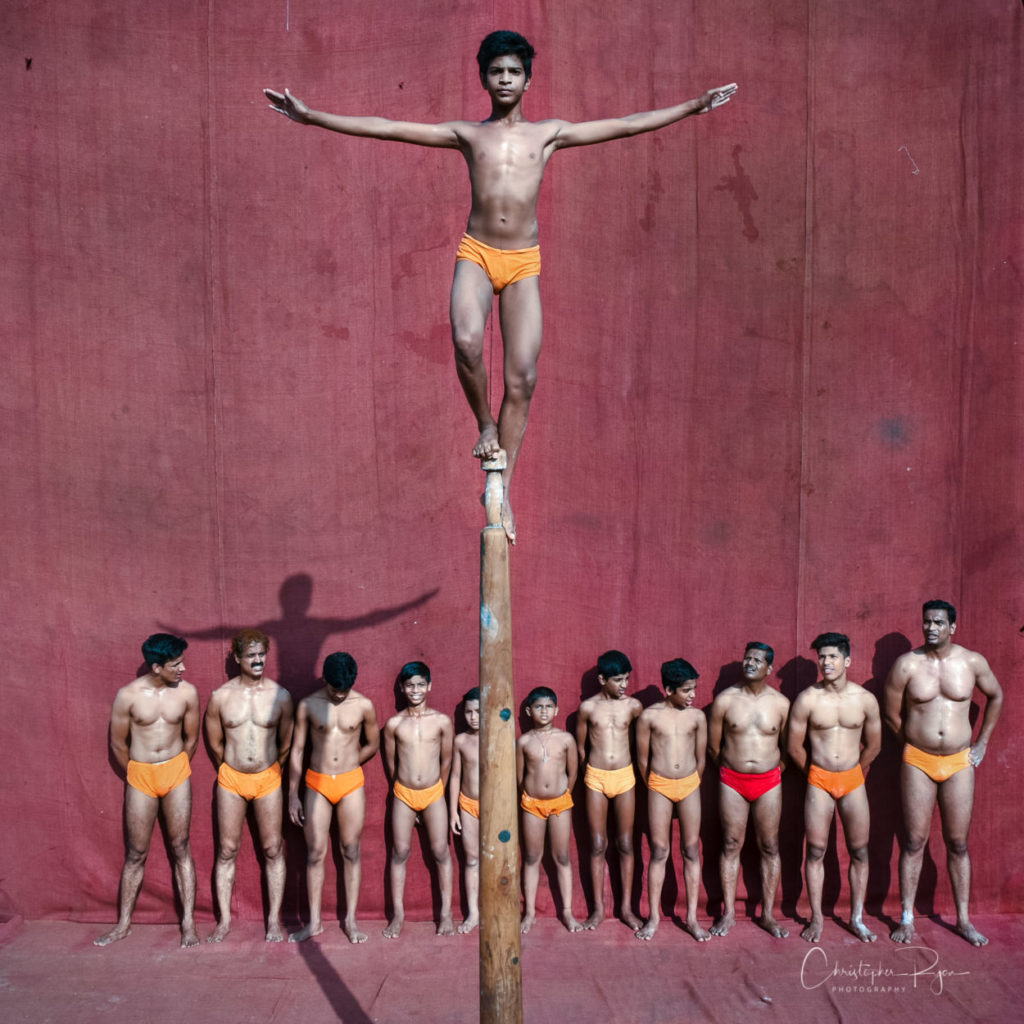 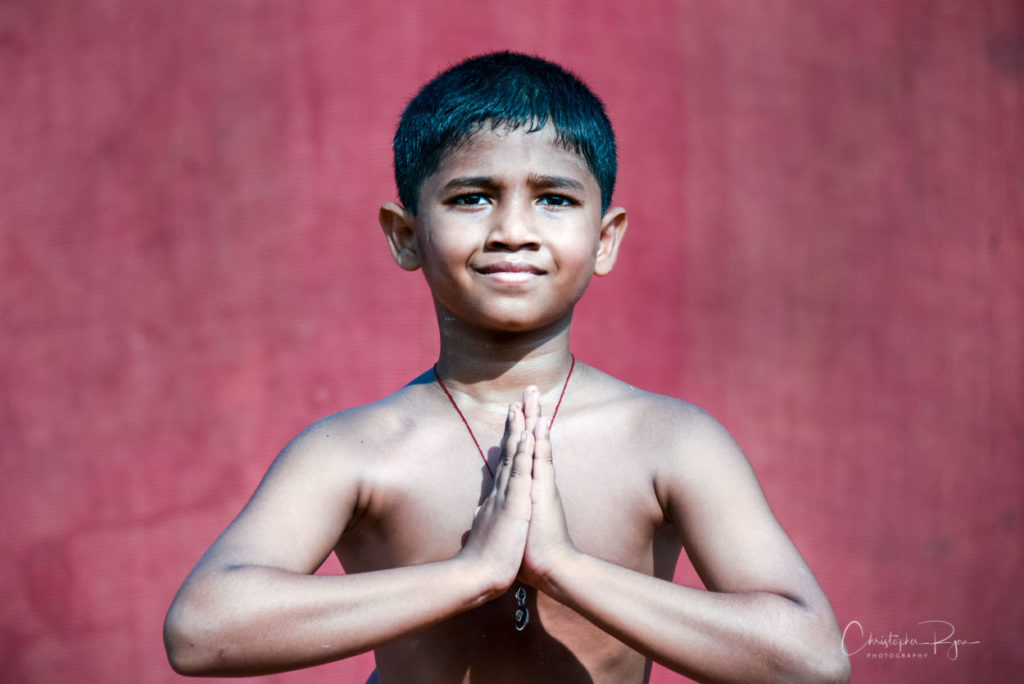 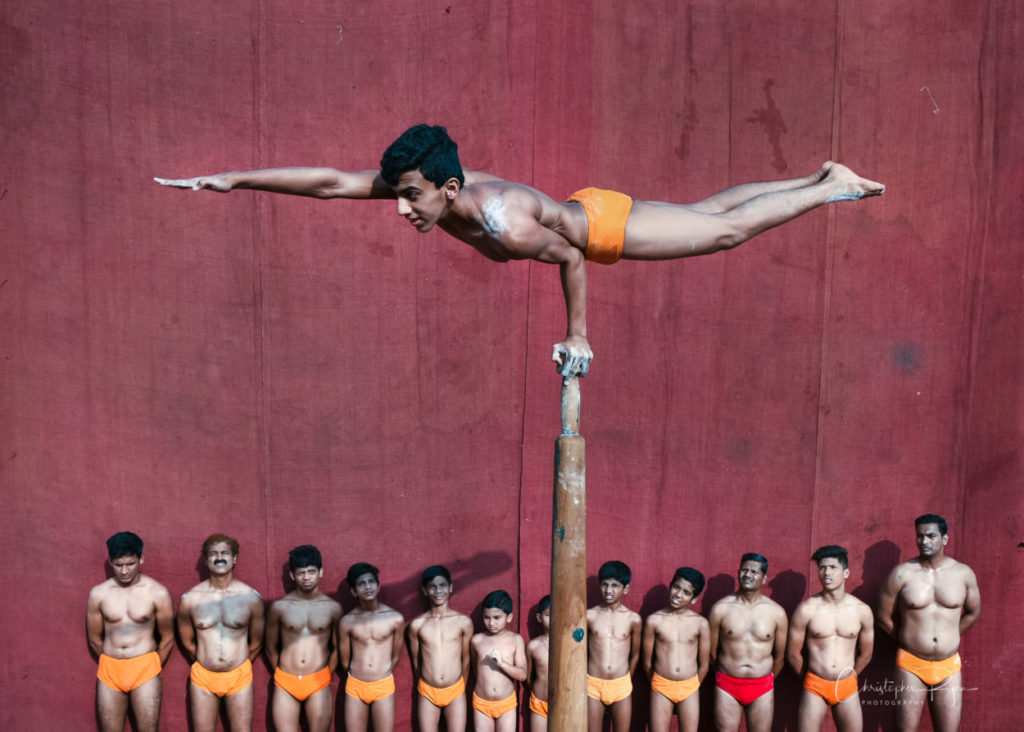 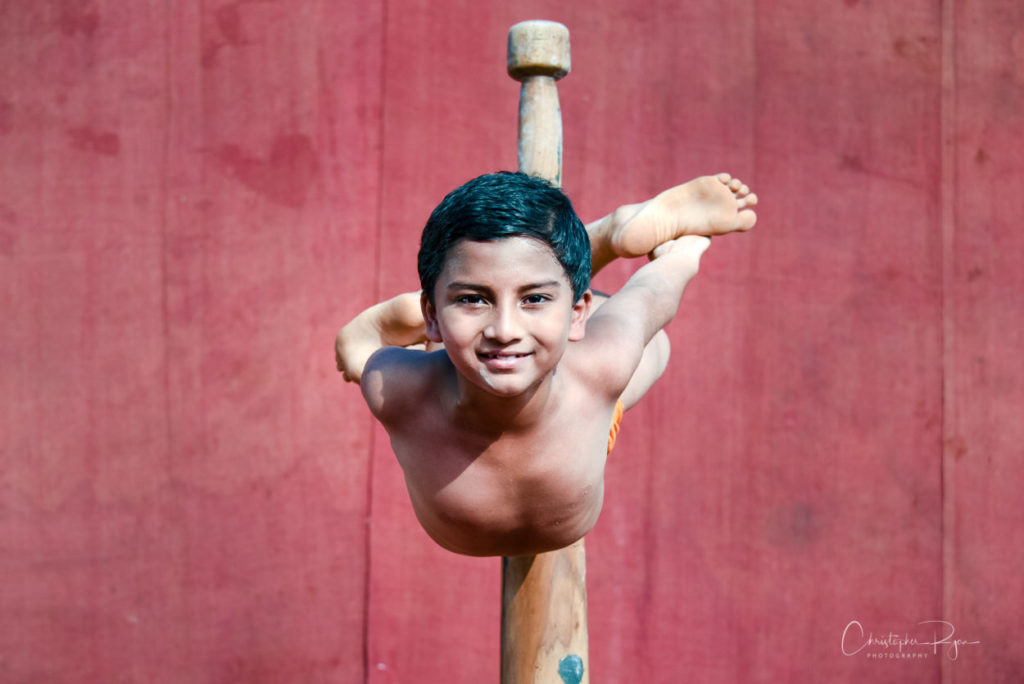 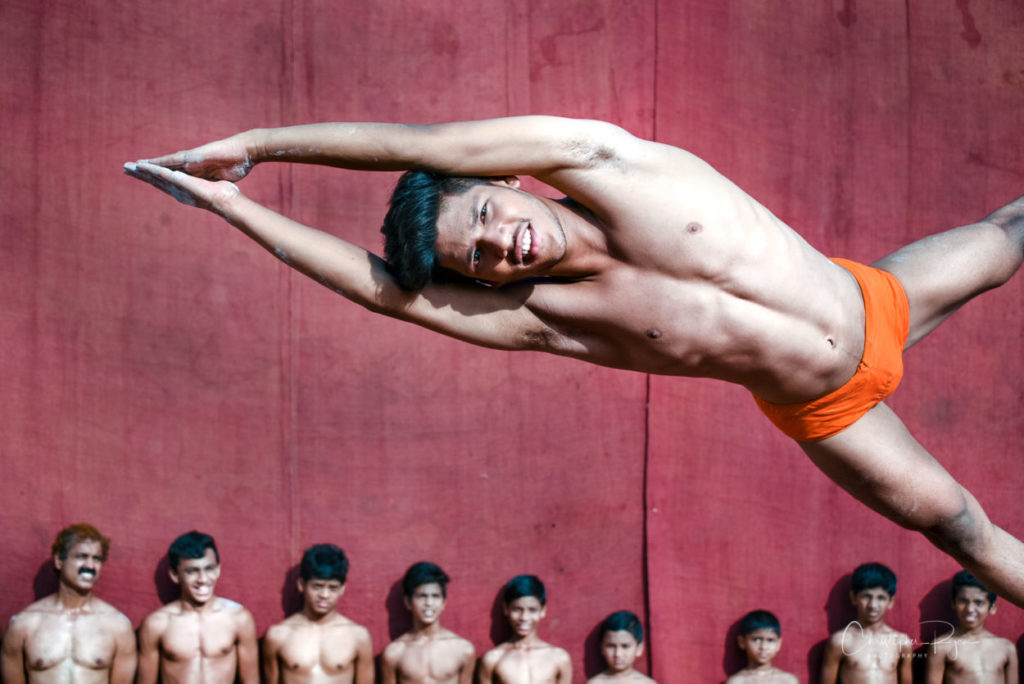 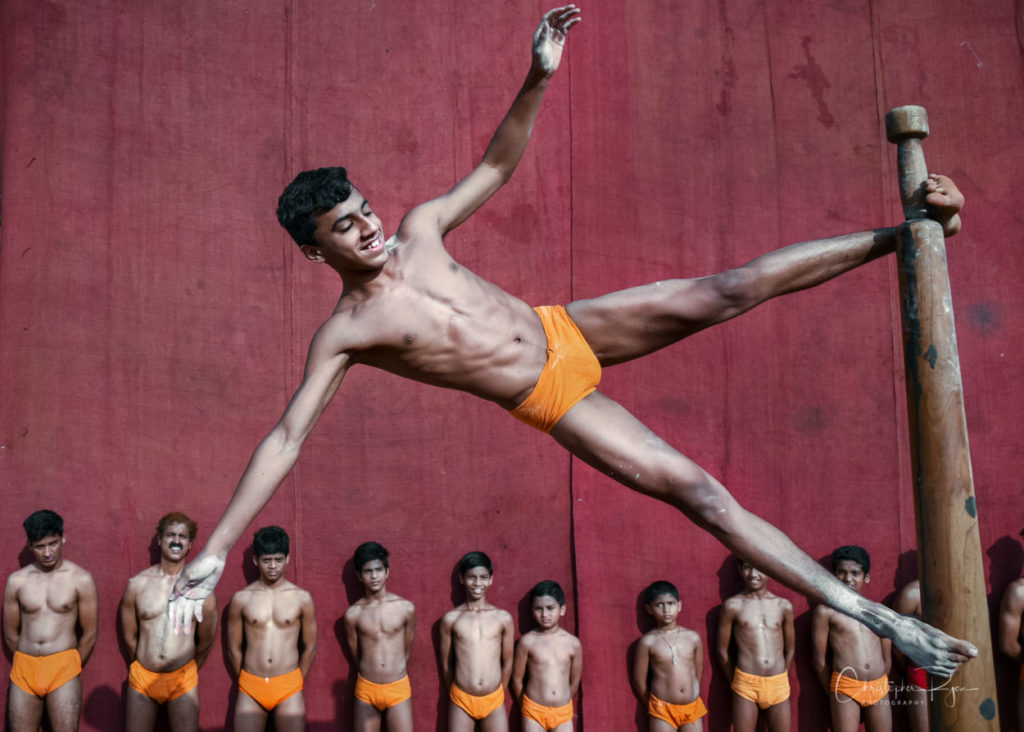 Shree Samartha Vyayam Mandir recently (February 16-17, 2019) hosted the 1st Mallakhamb World Championship.  The event was a huge success and saw competitive teams from fifteen countries!  Shree Samartha Vyayam Mandir is unique in that there is never a fee for students.  Courses are completely sustained by honorariums received by alumni as well as contributions from current students.  Mr. Deshpande was proud to show me a hand-written decades-old log of former students and the names of their hometowns around the globe. 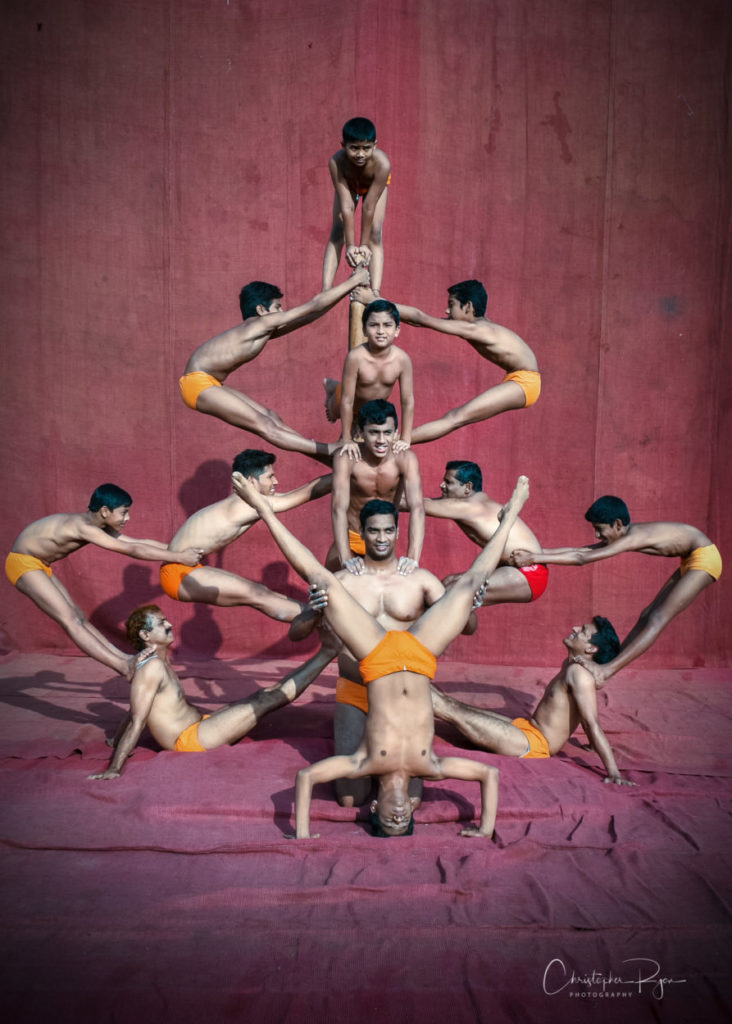 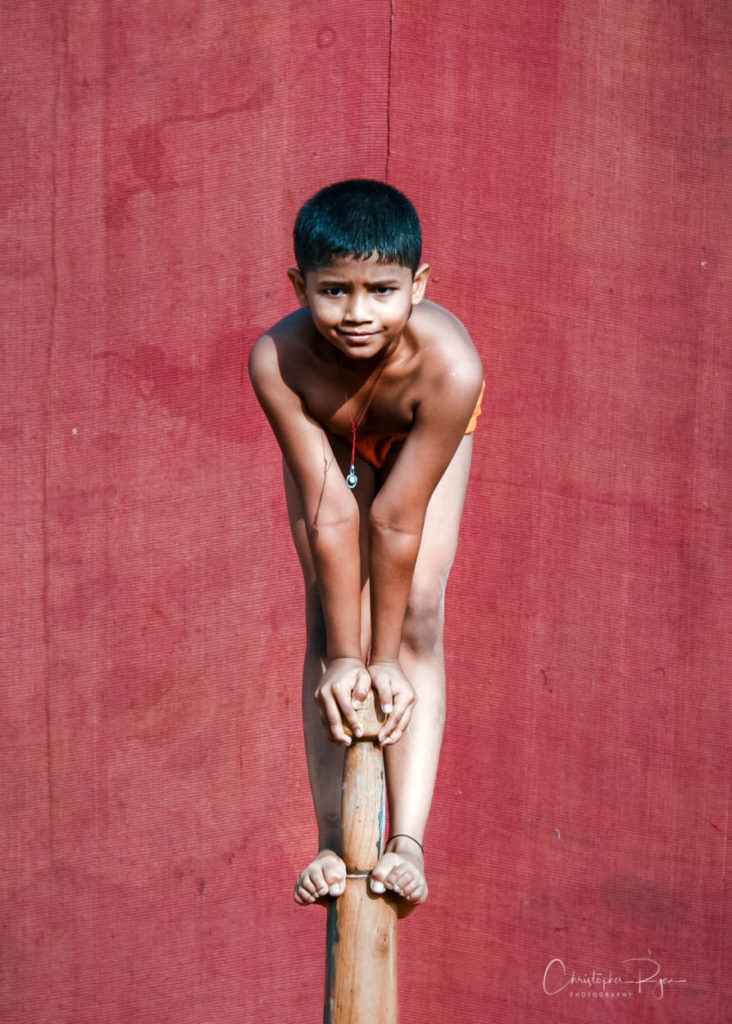 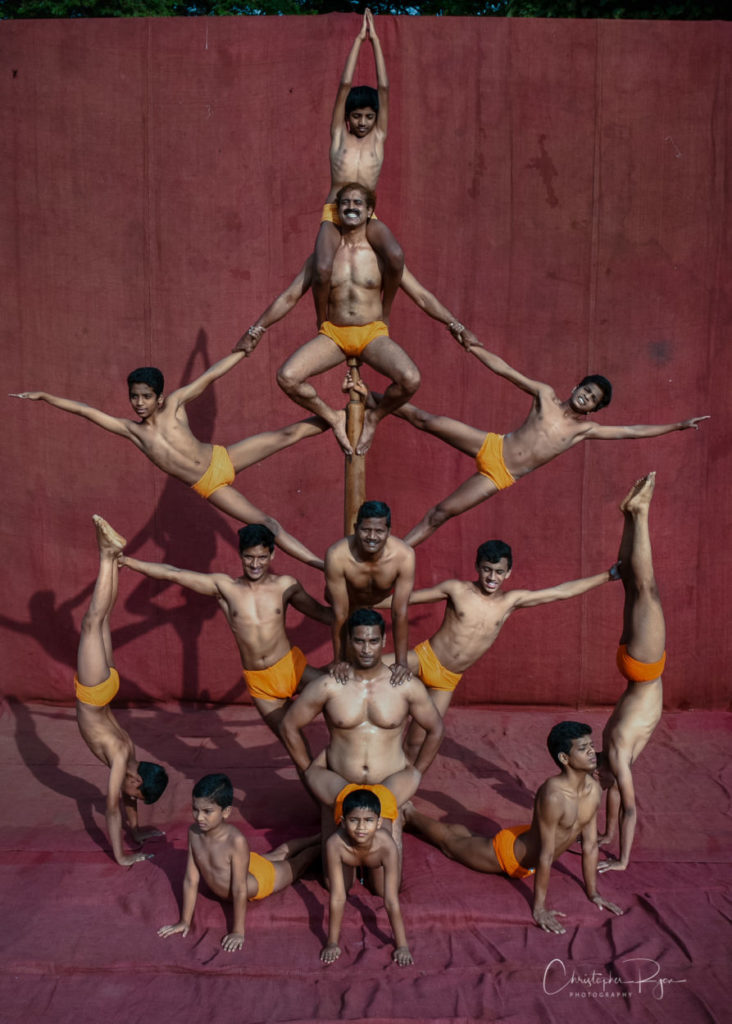 Rope Mallakhamb requires similar levels of strength and discipline, but is performed on an a hanging rope.  Rope Mallakhamb is not limited to girls, but is more popular with females than males. 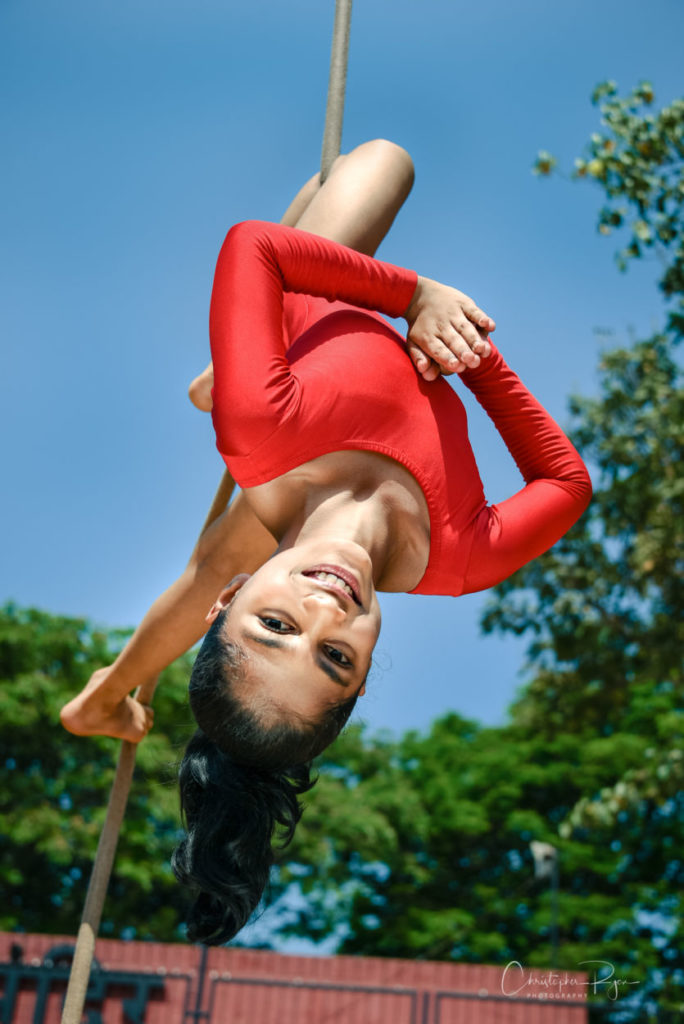 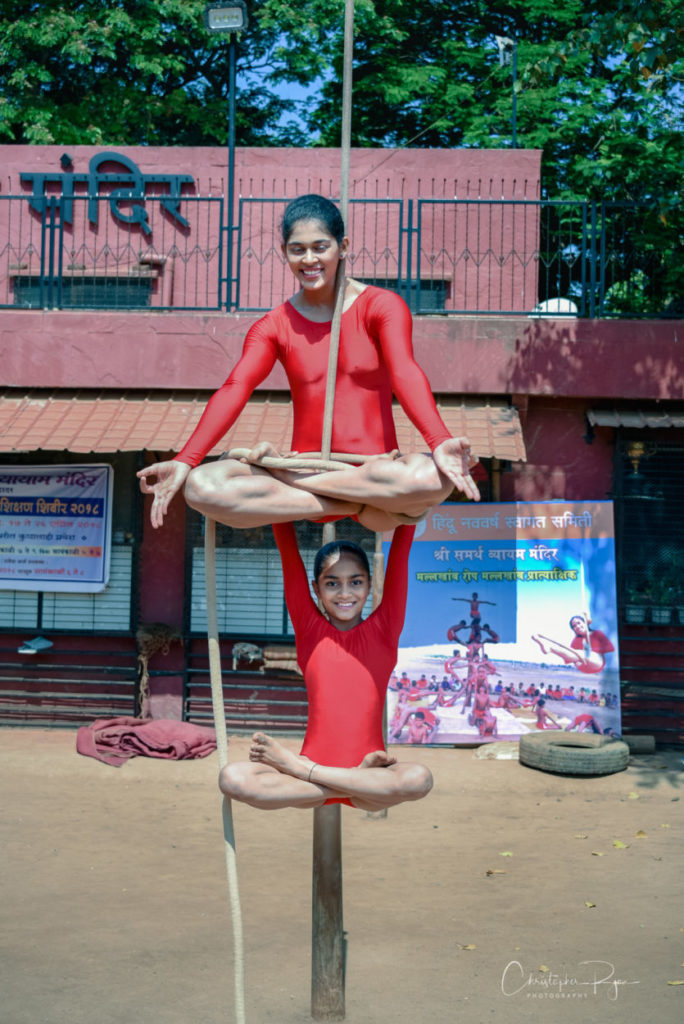 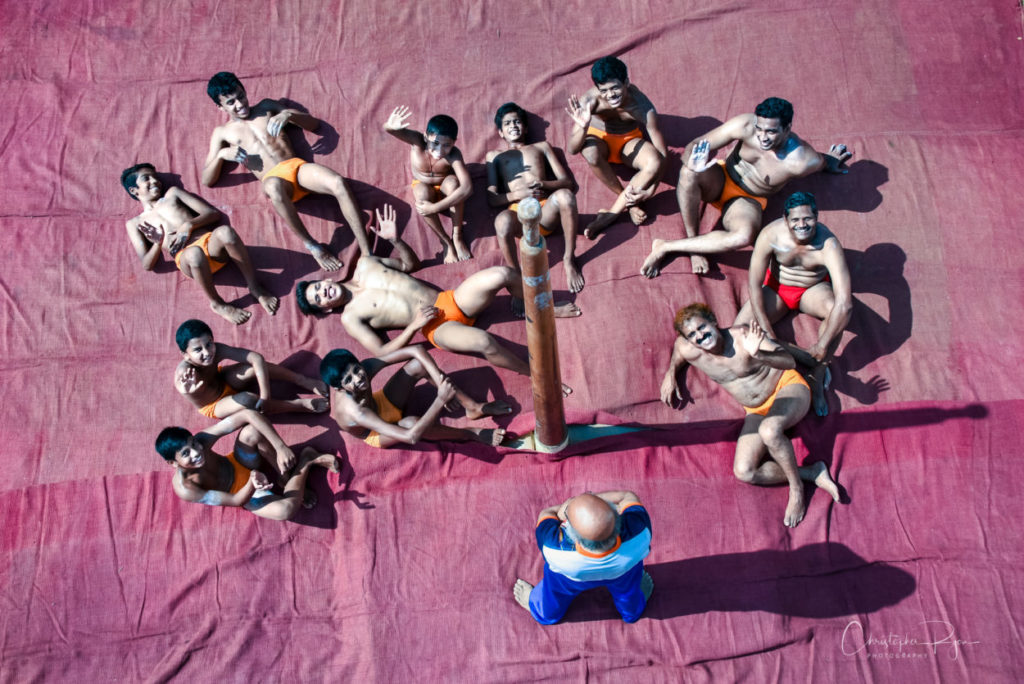 This is part of my series on Child and Teen Performers featuring people under 18 years of age who excel in sports, dance, music, or other competitive fields worldwide.  For more information about Shree Samartha Vyayam Mandir, visit their Facebook page.