Coach Harun Doğan was gracious in allowing me to spend half a day shooting his boys training and demonstrating a Turkish Oil Wrestling match in a field nearby.  The students train at Antalya Büyükşehir Asat Spor Kulübü, an outstanding sports academy on the Asian side of the beautiful city of Istanbul.  The school trains youth and adults in a variety of sports disciplines, including football (soccer) for amputees in addition to the boys Turkish oil wrestling.

Oil wrestling (Yağlı güreş in Turkish) is the national sport of Turkey.  Wrestlers called pehlivan douse themselves in olive oil prior to competing.   The term “Güreş” is shared with other forms of wrestling practiced by Turks as well.  The wrestlers, known as pehlivan (hero), wear a type of hand-stitched leather trousers called a kisbet.

Oil wrestling matches may be won by achieving an effective hold of the kisbet. Thus, the pehlivan aims to control his opponent by putting his arm through his opponent’s kisbet. To win by this move is called paça kazık. 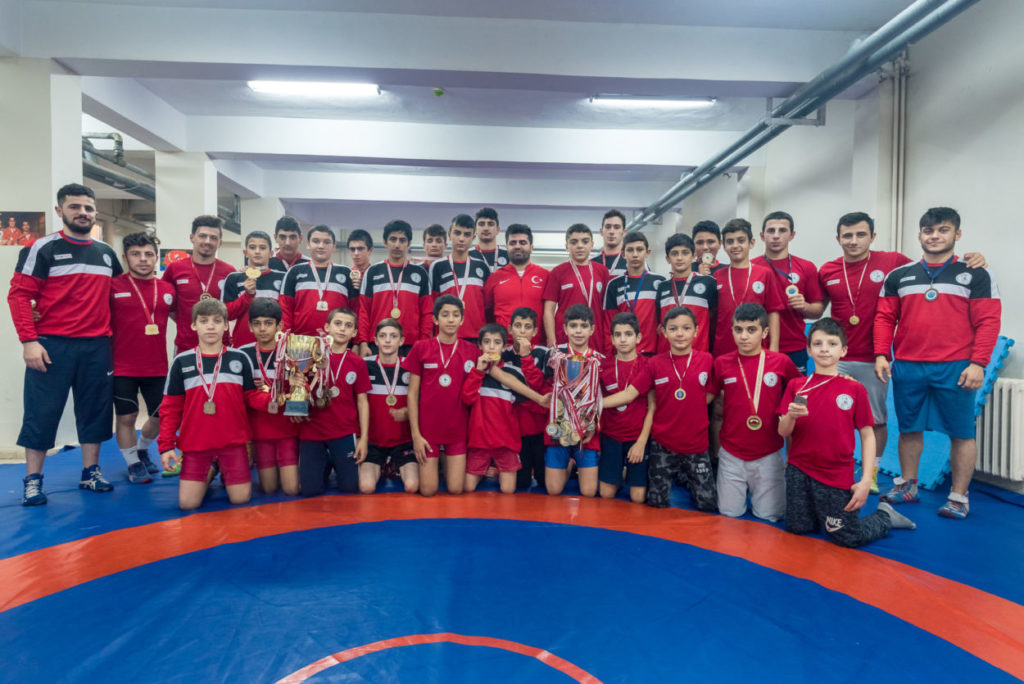 Team photo inside the small gym.

Playful teammates outside the gym. 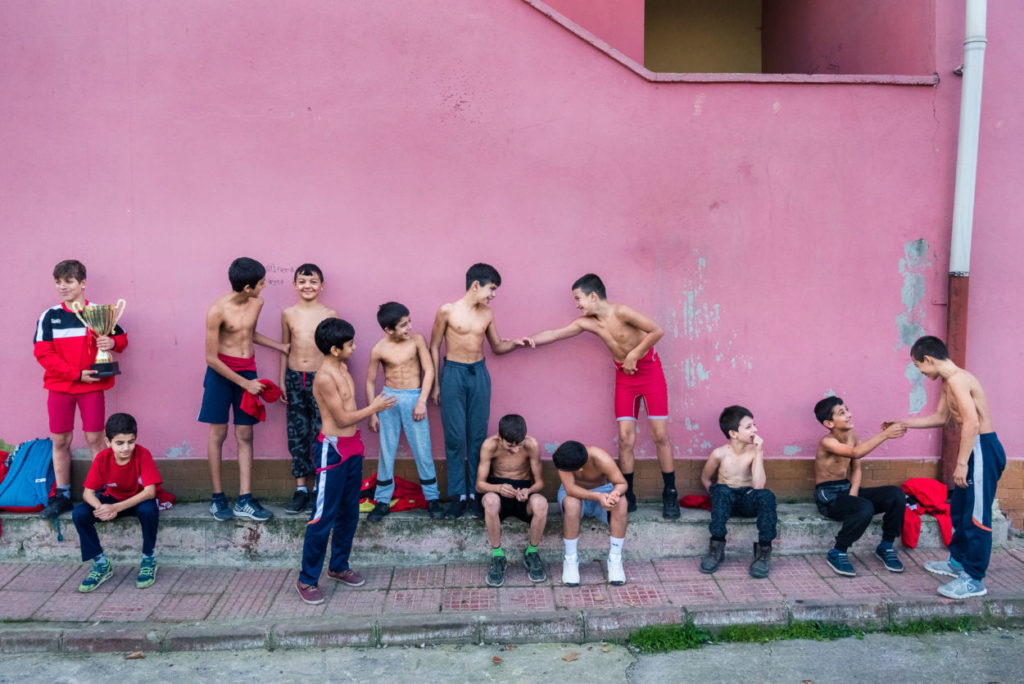 Boys relaxing outside the gym. 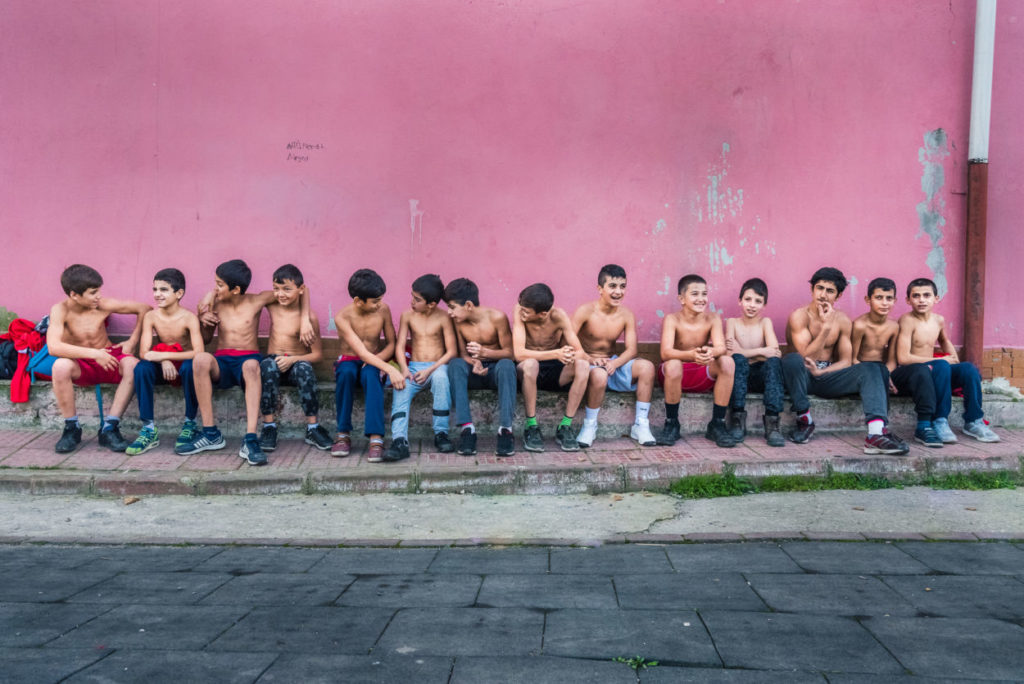 All of the younger boys sitting outside the gym for a stylized team portrait. 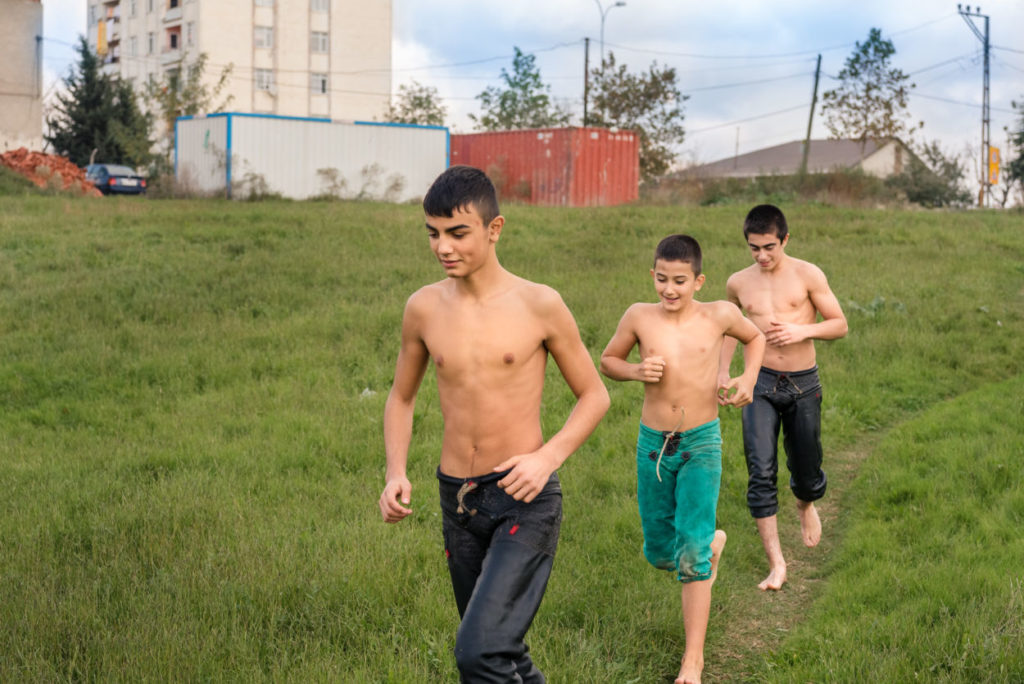 A warm up run before the match. 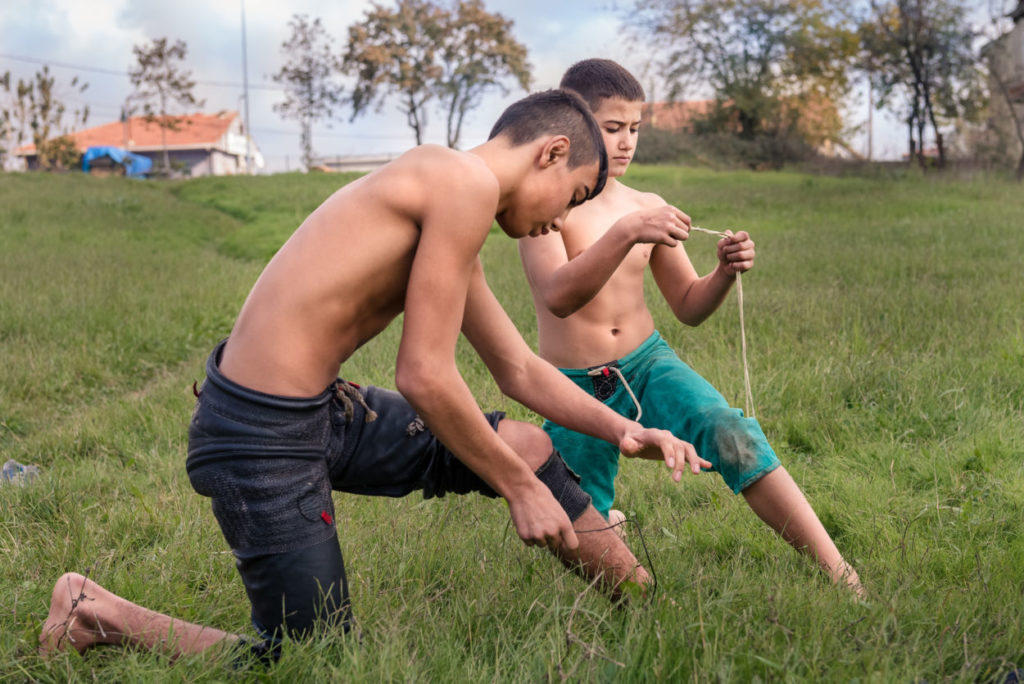 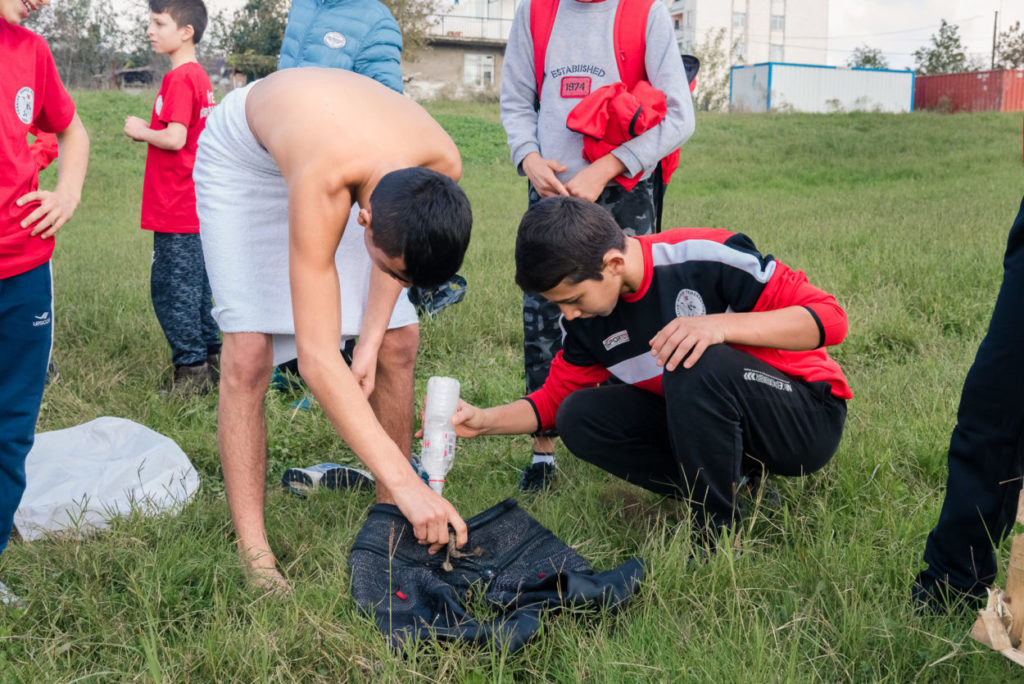 Applying oil to the kisbet prior to a match. 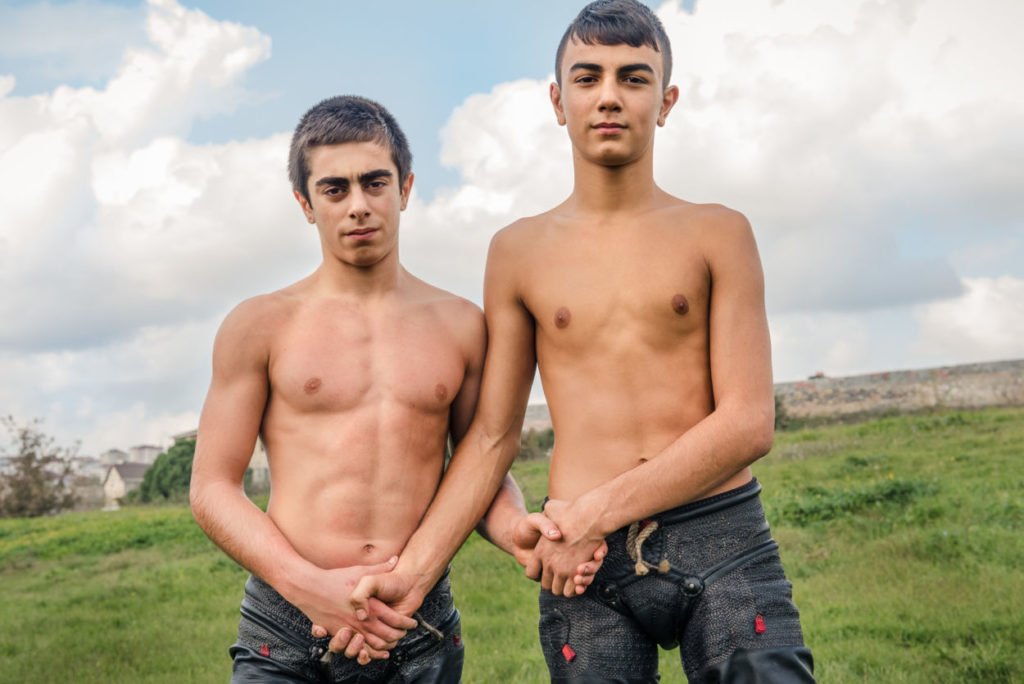 Cengizhan Doğan, left is undefeated in his age group. 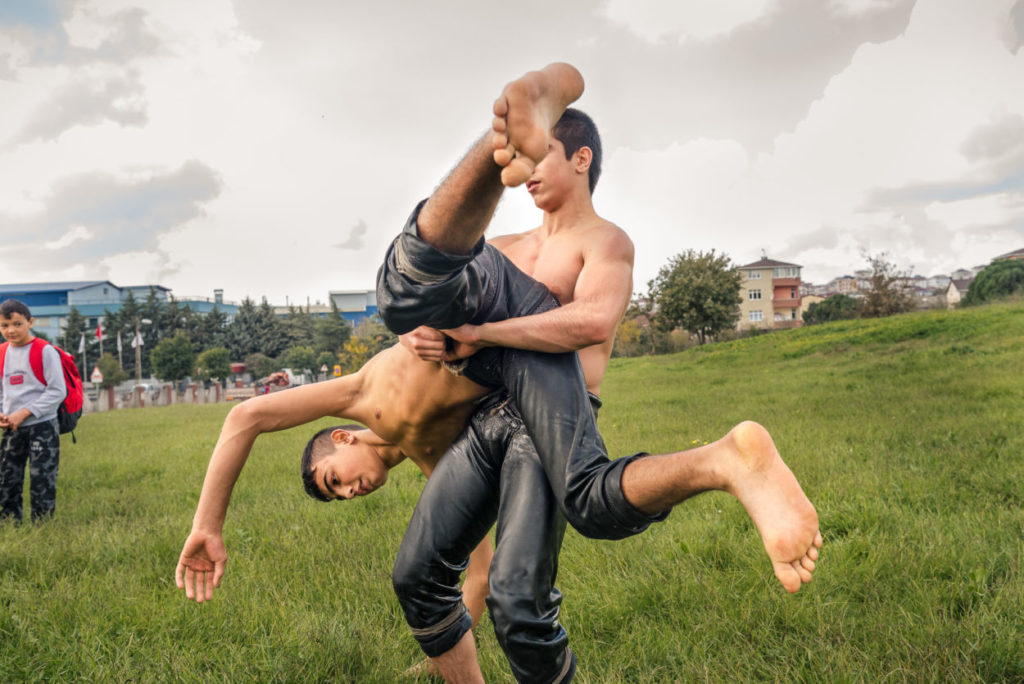 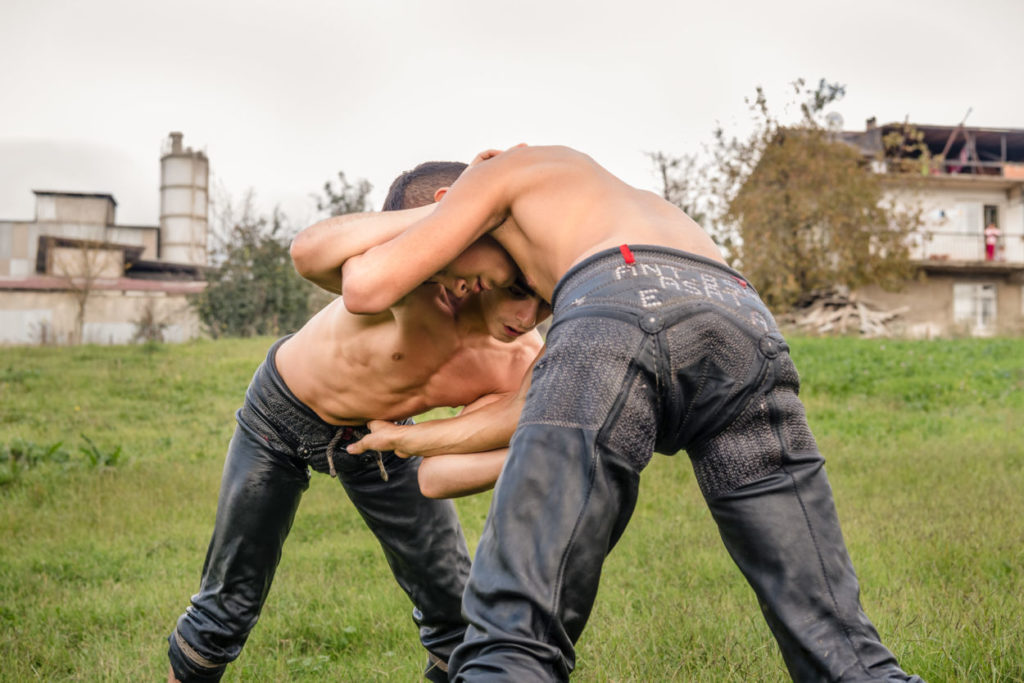 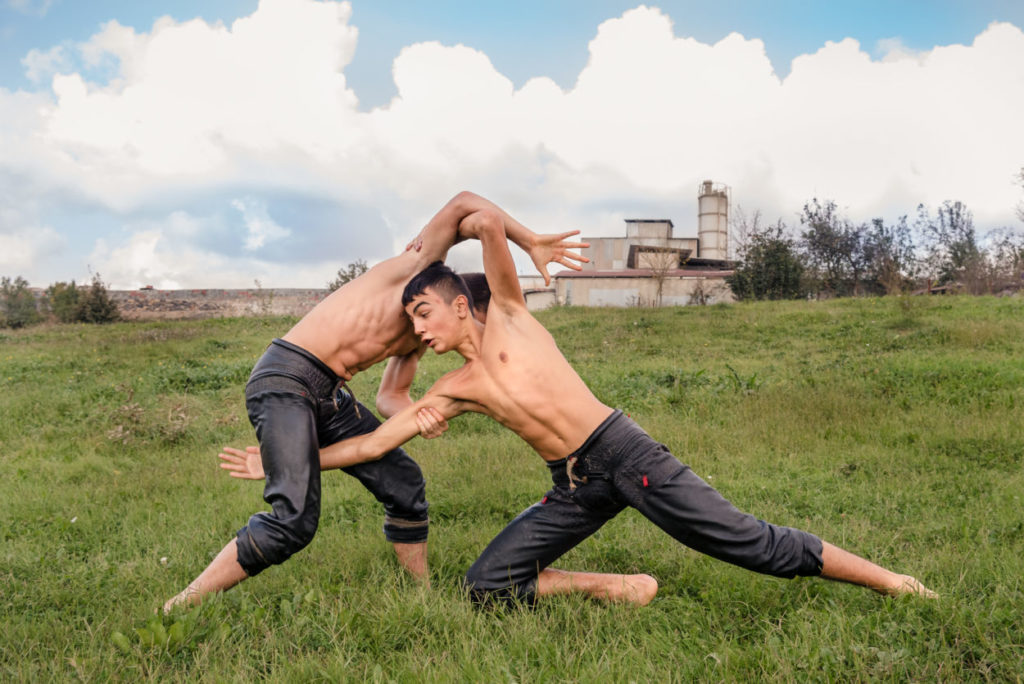 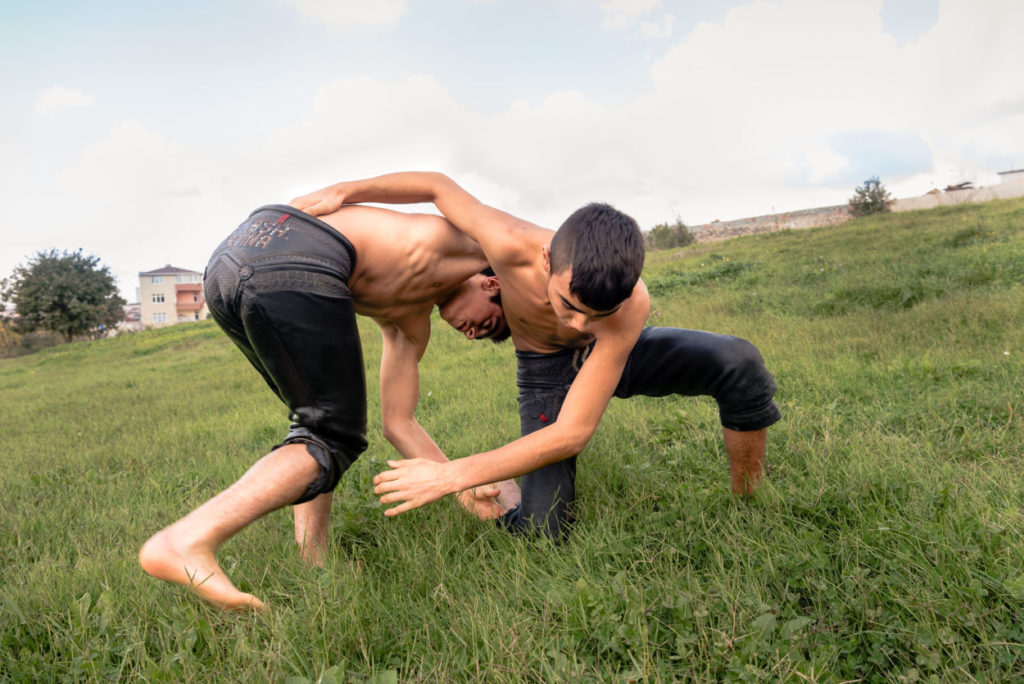 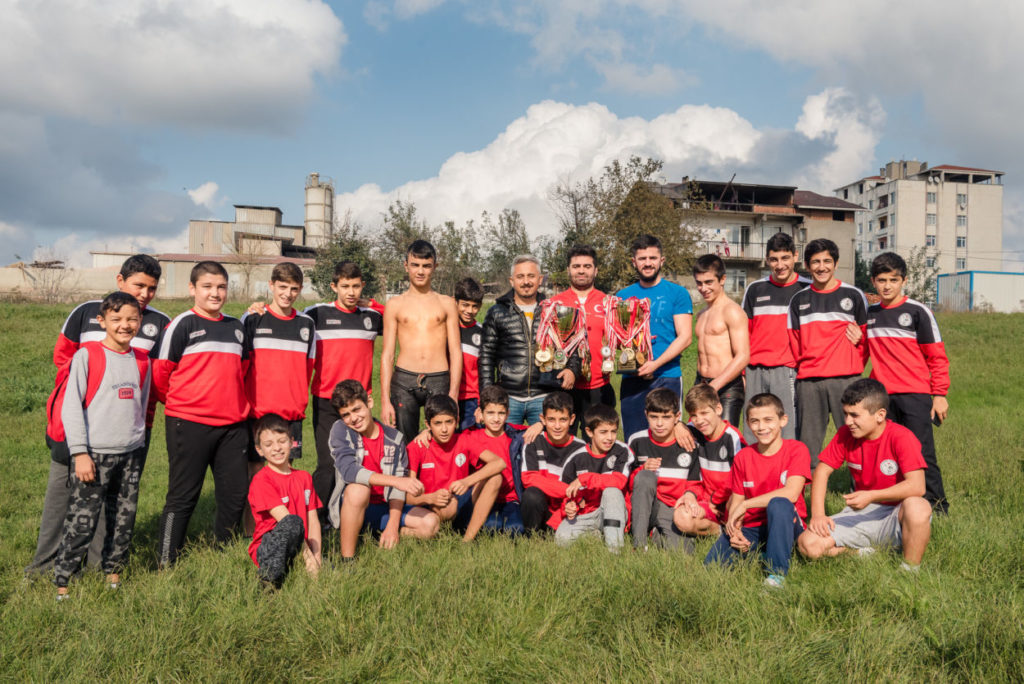 Team portrait in the field. 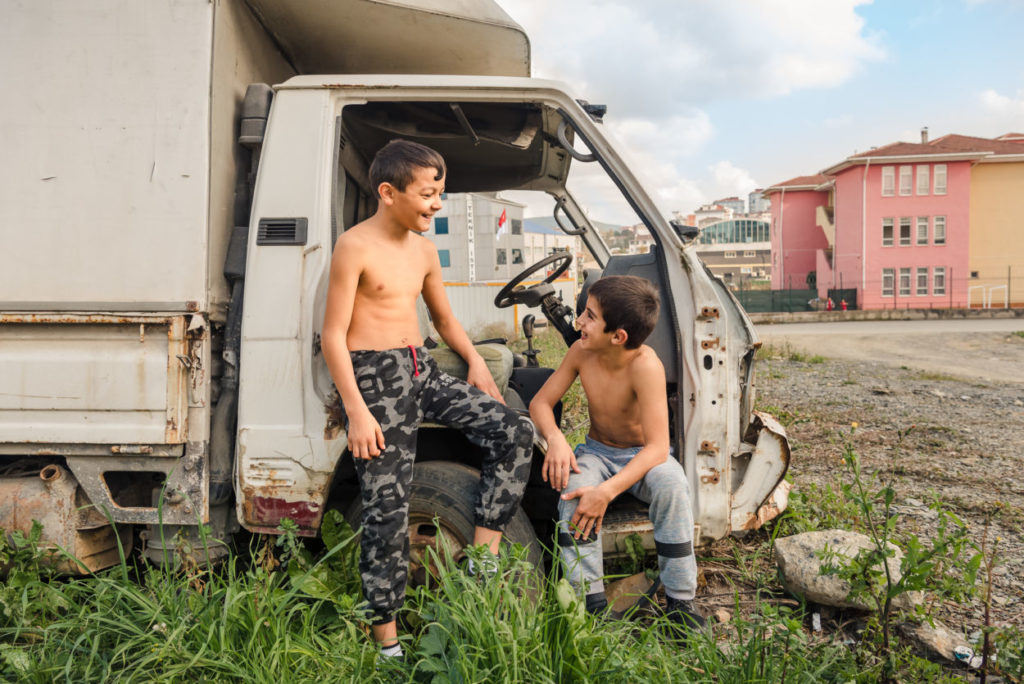 Couldn’t resist some stylized portraits at a junkyard near the school. 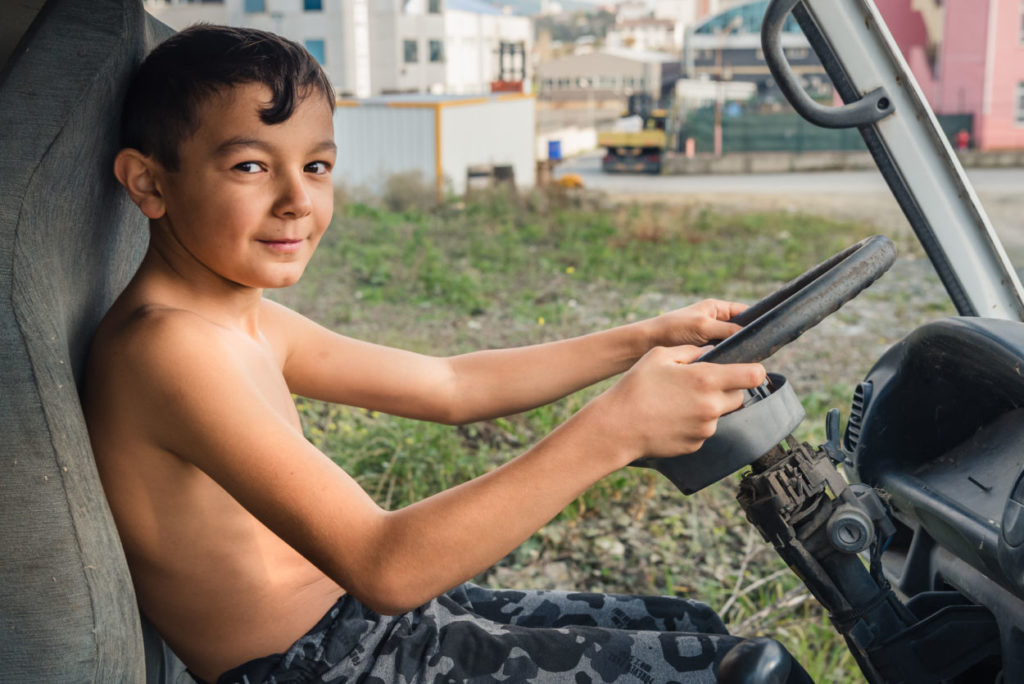 Posing in an old van.