Klong Toey Slum is an impoverished area of Bangkok with a lively, friendly, and welcoming community.  I had the opportunity to visit this area on an photography walk organized by the Meetup group, Bangkok Photographers. Nearly everyone encountered was happy to pose for a photo, especially the children.  My most memorable experience was talking to a group of young boys that kept touching and feeling my muscles.  Another thing that stood out for me were the sickly dogs so common throughout the area. 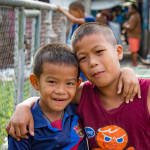 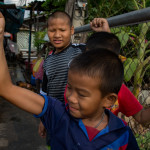 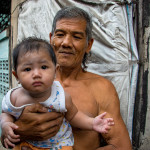 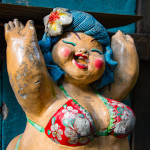 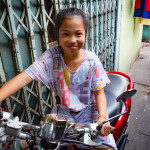 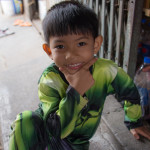 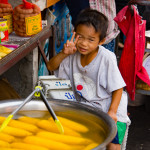 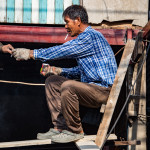 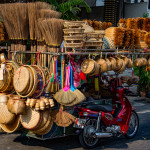 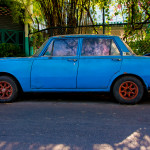 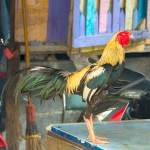 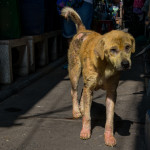 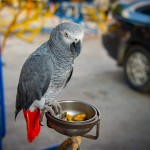 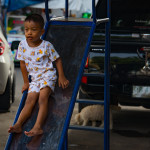 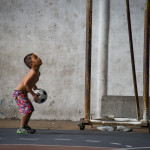 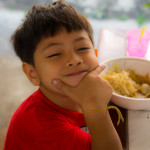 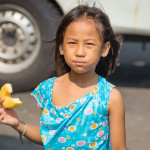 Khlong Toei (also Klong Toey, Thai: คลองเตย; IPA: [kʰlɔ̄ːŋ tɤ̄ːj]) is a district in central Bangkok, long known for its slum. It is bordered by the Chao Phraya River and contains major port facilities. It is also the location of a major market, though not one of tourist importance.

The district was once part of Phra Khanong, but on 9 November 1989 it was separated into a new district. Originally Khlong Toei consisted of 6 sub-districts, three of which have since left to form the new Watthana district (announced on 14 October 1997, effective from 6 March 1998).

The area has a history dating back to the ninth century as a port to cities upstream along the Chao Phraya River, such as Pak Nam Phra Pradaeng (Thai: เมืองปากน้ำพระประแดง) (as opposed to the current Amphoe Phra Pradaeng) built during the King Phutthayotfa Chulalok period.Khlong Thanon Trong (Thai: คลองถนนตรง) was a khlong (canal) and a parallel road built by King Mongkut around 1857. Later, it became known asKhlong Toei and Khlong Hua Lamphong for different sections of the canal. Khlong Toei means the canal of pandan, as the plant grew along the southern bank of the canal. The road was renamed to Rama IV Road by King Vajiravudh in 1919. In 1947, a large portion of Khlong Toei canal was filled up to expand the Rama IV Road surface.

The Khlong Toei Port, also known as Bangkok Port, was Thailand’s only major port for sea transportation of cargo. The construction began in 1938 and finished after the end of World War II. The port is on the Chao Phraya River, not far from the Gulf of Thailand. Due to its limited capacity and traffic problems caused by semi-trailer trucks, much of its shipping operation has moved to Laem Chabang Portin Chonburi Province since it was opened in July 1981.

This article uses material from the Wikipedia article Klong Toey District, which is released under the Creative Commons Attribution-Share-Alike License 3.0