Behind the scenes photoshoot

Yesterday we shot most of the footage for the introduction to my new youtube series, “Adventures in Asia.”  This will be a video series on a variety of topics related to my move to Bangkok such as planning to move, passports, visas, immunization, downsizing your household, packing, and travel.  The Adventures in Asia video series will also contain videos on travel in Asia, street food, Thai culture, transportation in Bangkok, and a lot more.

We are scheduled to collect final footage for the series introduction this coming Monday (March 7, 2016) complete post-production the following day, and release the video on Wednesday (March 9, 2016).  The plan is to release a minimum of 2 videos per month, though some weeks may see one or more released.  These will be viewable on my YouTube chanel: https://www.youtube.com/user/cryan13 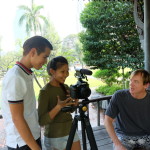 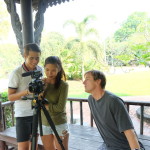 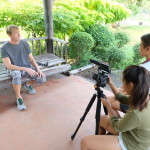 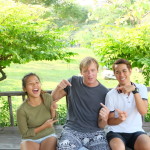 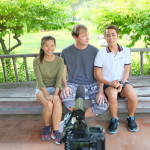 Behind the Scenes with actor/model Christopher Ryan 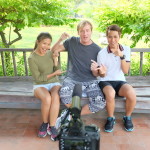 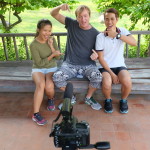 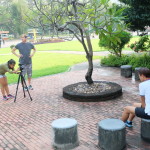 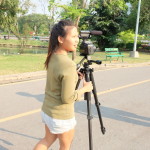 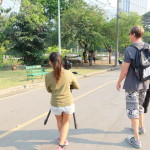 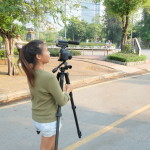 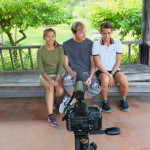 These behind the scenes photos were shot at Lumphini Park.  We shot some other footage on a canal boat as well as on motorcycles.  This is my second video production, and the first with my new production assistant, Wii Wannisa.  I will be keeping these videos as short as possible with a goal of having stable footage, decent quality sound, useful content, and entertaining subject matter.

My friend Tee will be co-hosting some of these videos to help ensure my information is factual and present a native Thai’s perspective on as many episodes as possible.