Meet Ice, a teen Thai Scout and Muay Thai fighter in Nong Khai, Thailand.  Nong Khai is the northernmost of the Isan region of Thailand.  It is situated on the Mekong River which at this point is the border between Thailand and Laos.  Ice is 13 years old and in addition to being a Scout is also a Muay Thai fighter.  In fact, he is the champion fighter in his age group for his province, Nong Khai.

Thailand was the third country in the world to adopt scouting.  All school kids participate in the program and most schools usually have a dedicated Scout Day each week and all of the boys & girls come dressed in their Scout uniform.  The kids always look great in the uniforms and they take great pride in keeping them looking sharp. 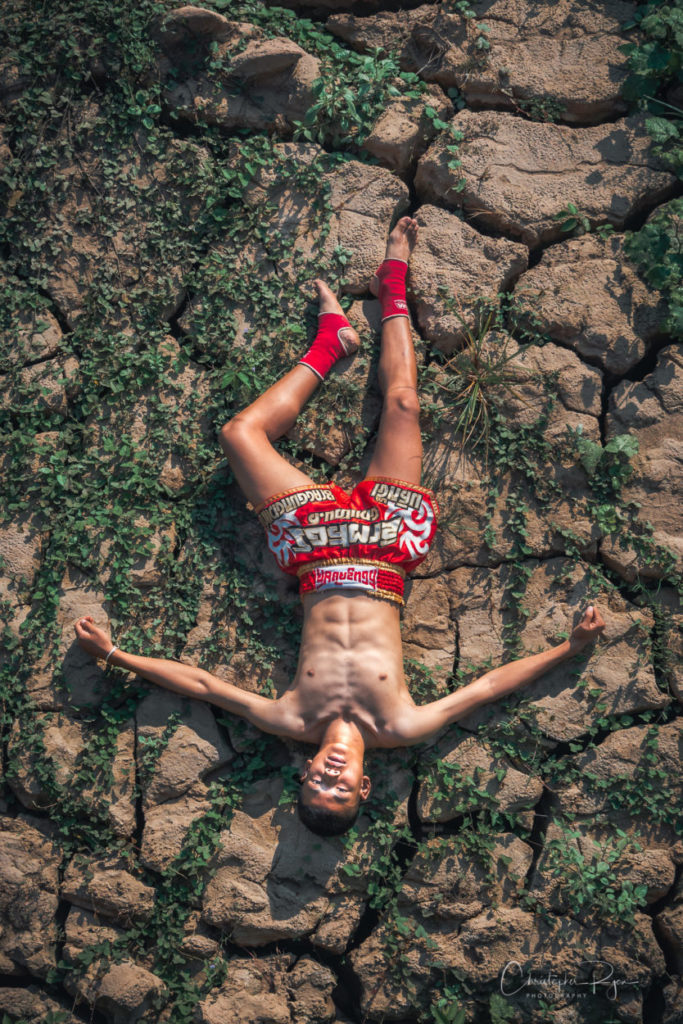 Chilling on the Mekong River! 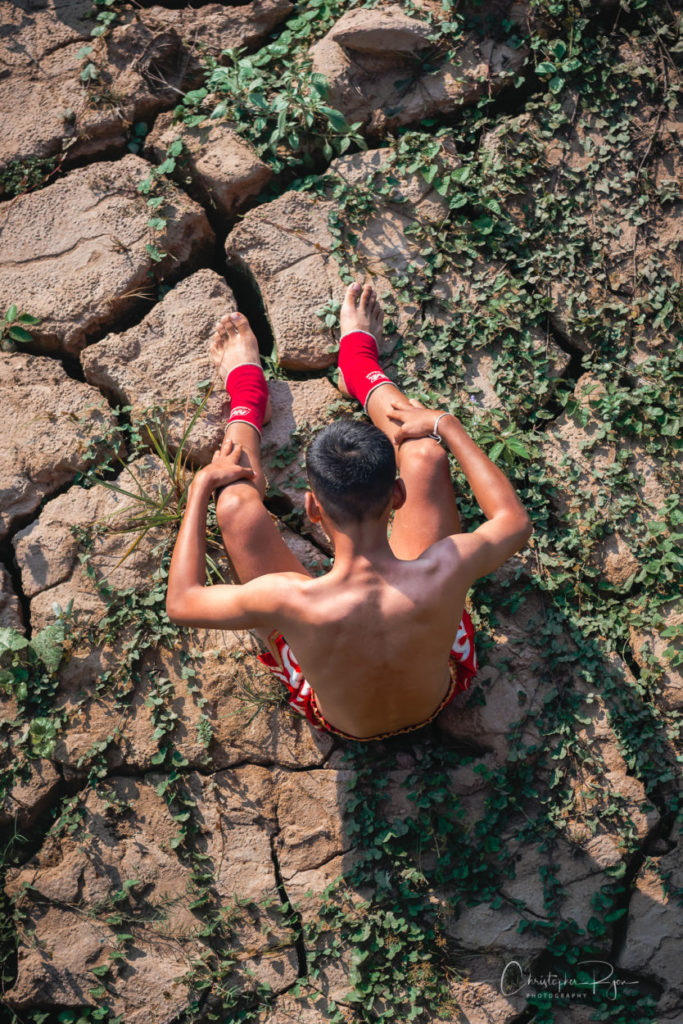 I shot this one from above while Ice sat on the dried up mud of the Mekong River.

Ice met up with my assistant Yupa and I at a location I have had my eyes on for over a year now.  It is an old river boat that appears to be washed up on the banks of the river.  It is located near Friendship Bridge which is one of the land crossings between Laos and Thailand.  The rusty old boat is actually located on the campus of Nong Khai Ship Building Industry and Technology College.  We obtained special written permission to conduct this photo shoot from the institution. 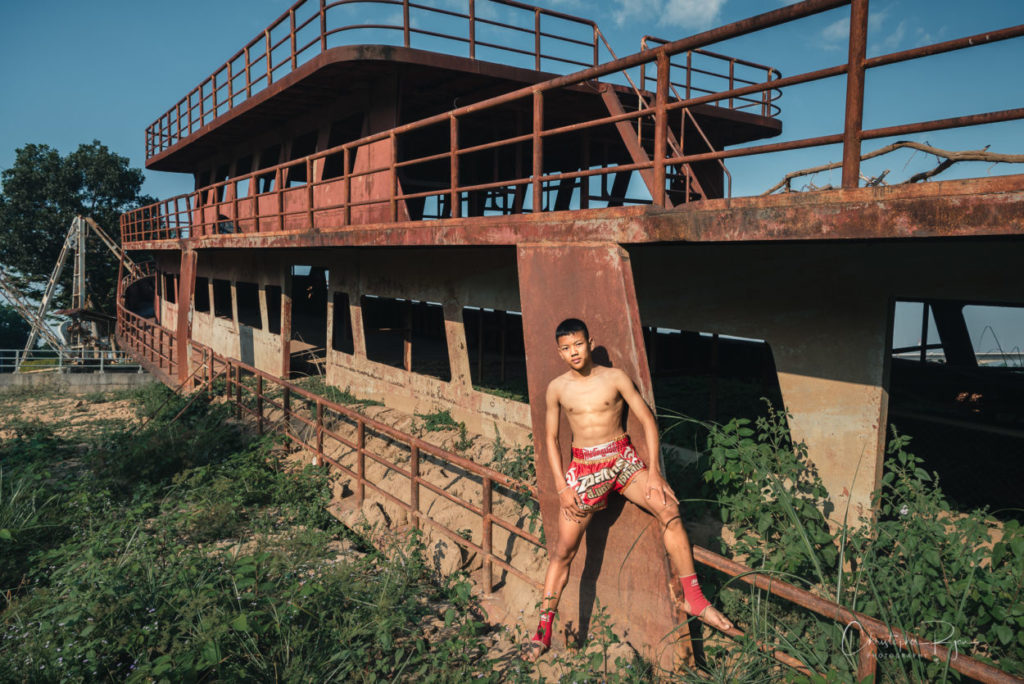 Good view of the entire rusty hull as well as Ice. 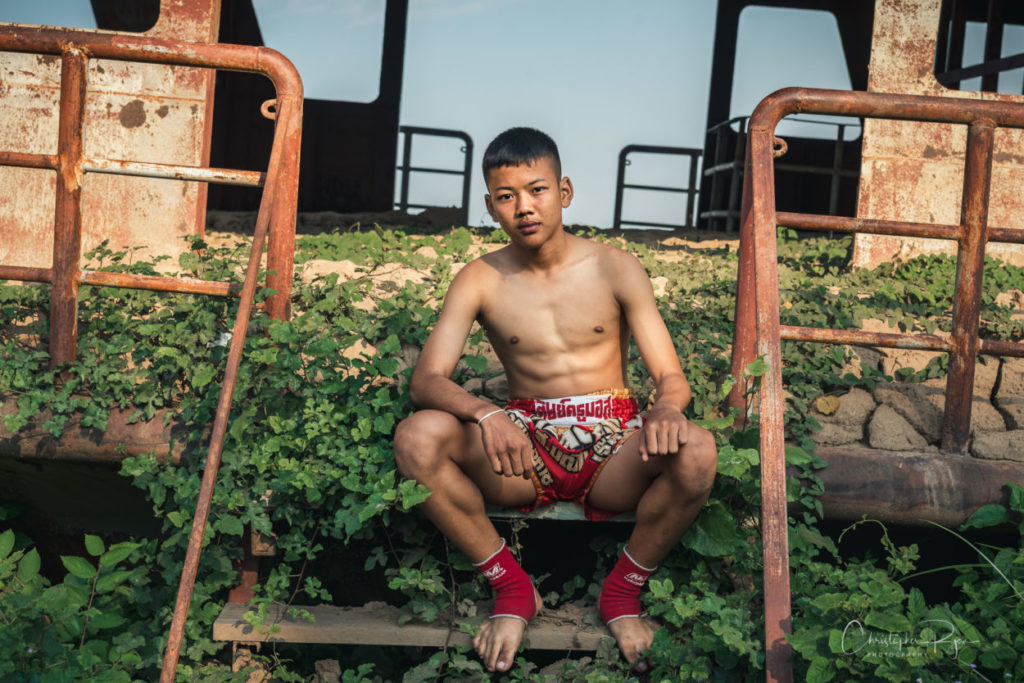 Relaxing on the old boat in Muay Thai shorts. 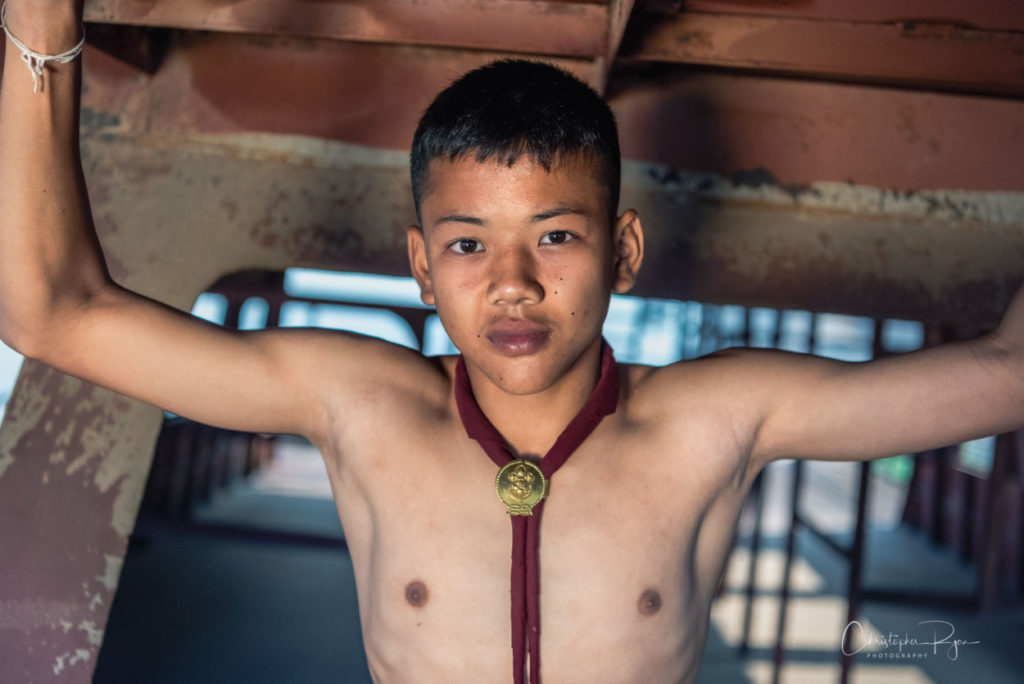 Closeup of Ice in his neckerchief. 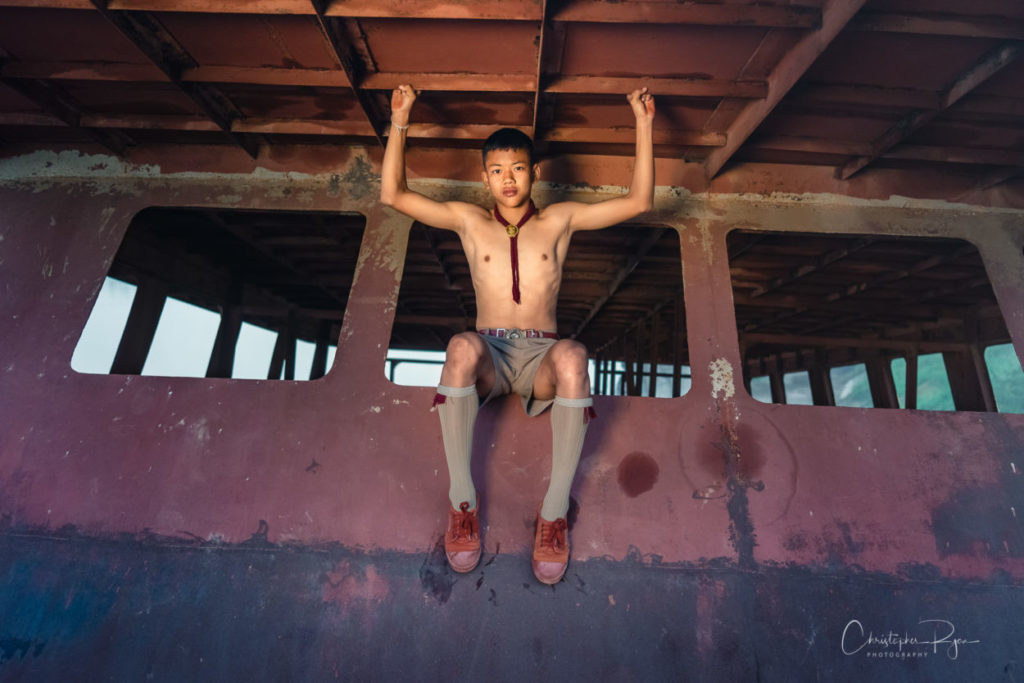 Ice on the ship’s bridge window. 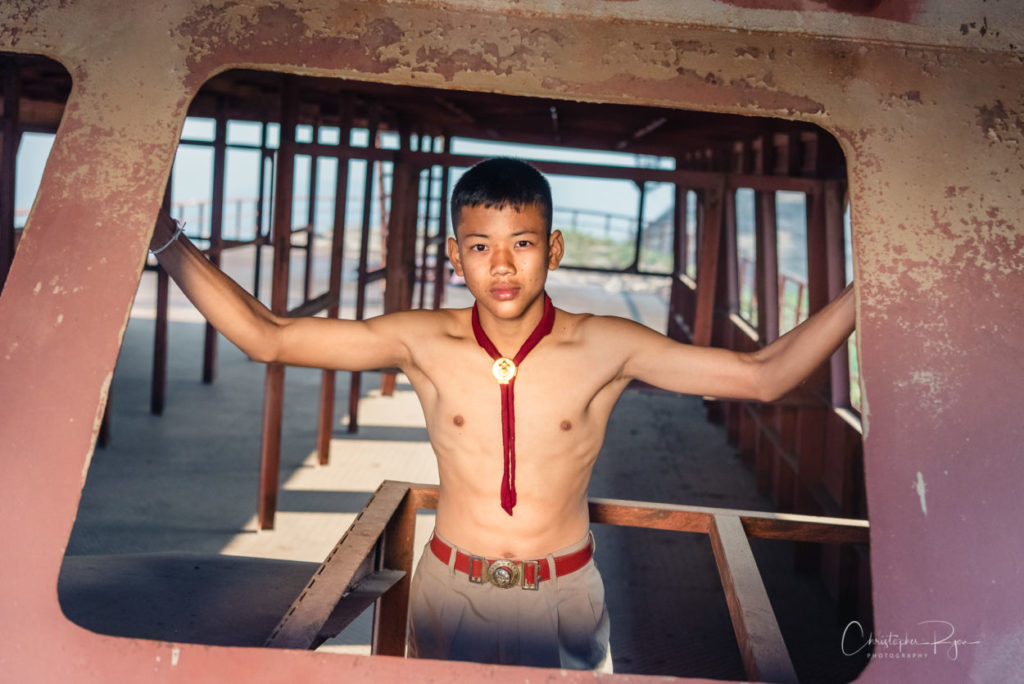 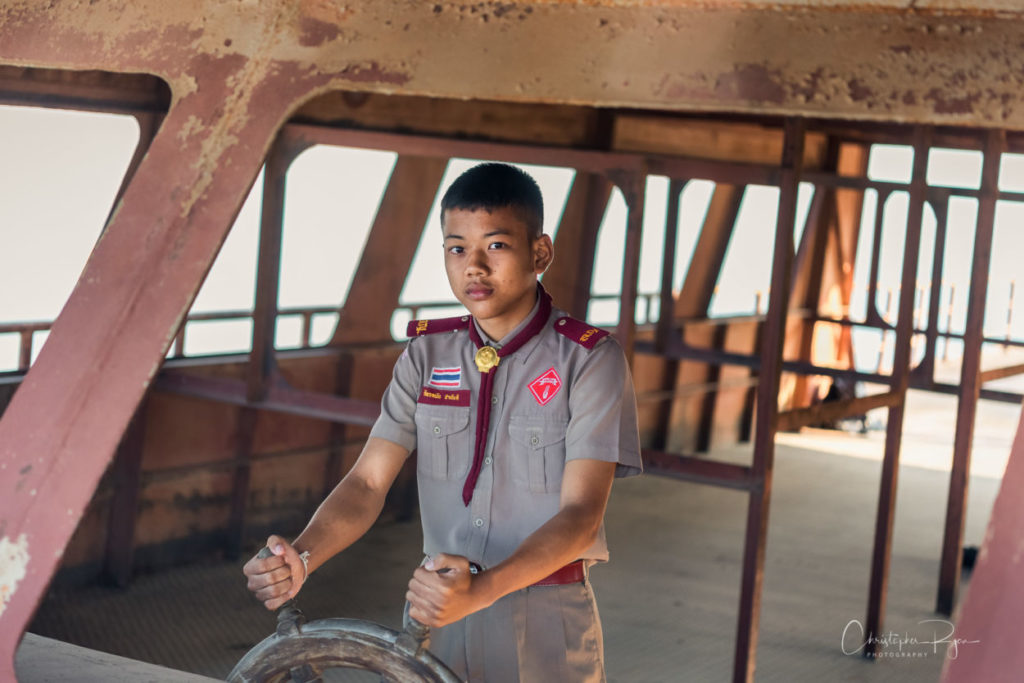 Ice is looking very sharp in his Boy Scout uniform. 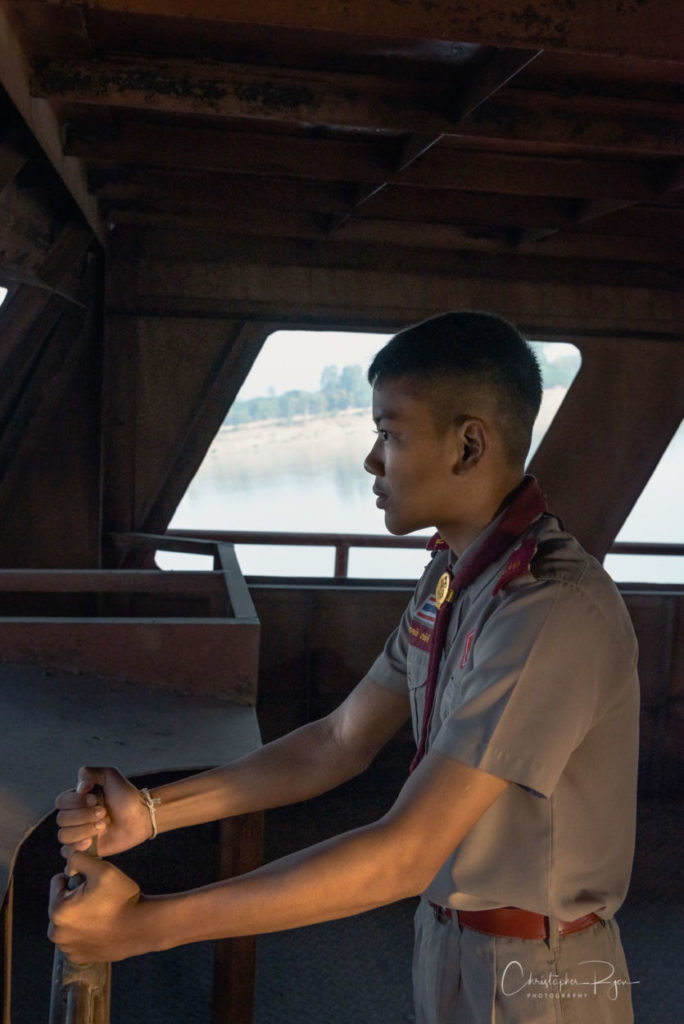 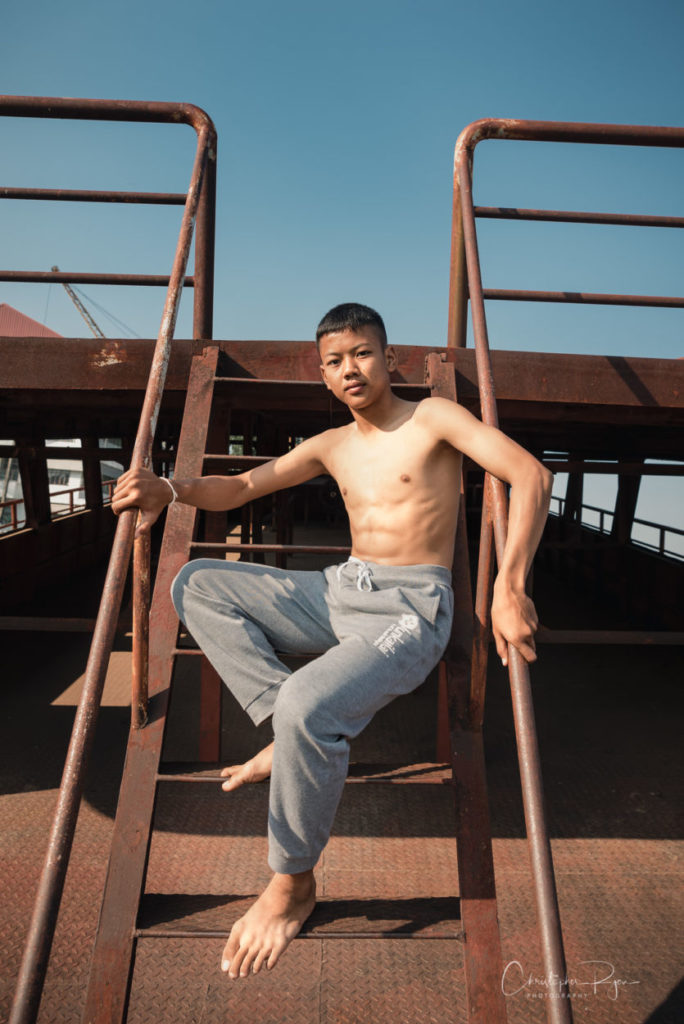 This was one of many shoots already completed for my project Youth and Urban Decay.  It is the second to date shot on abandoned boats.  The first was a few months back in Caye Caulker, Belize.