I was thrilled to discover this incredible New Orleans abandoned plant of some sort while out shooting cemeteries back in October.  The place is filled with amazing features like control equipment, overhead cranes, kilns, material elevators, store-houses, graffiti, and much more.  It is one of the neatest abandoned places I’ve been so far, but of course I am just getting warmed up!

Any help in identifying this place would be greatly appreciated.  It stands to reason that this was abandoned after Hurricane Katrina, but that is only speculation.  Quick google searches revealed photos of other urban explorers’ photography on blogs, but no real information.

I will be going back here in a couple of weeks with another photographer to model, and am really looking forward to that! 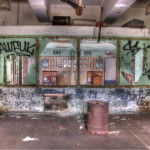 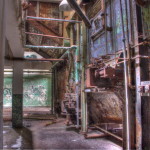 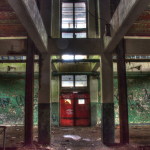 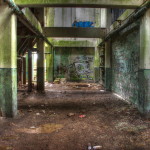 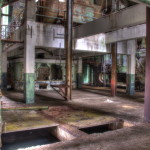 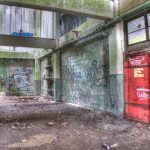 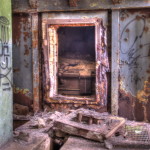 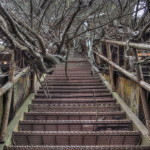 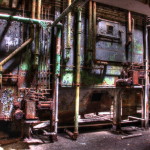 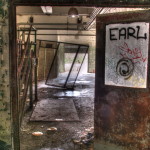 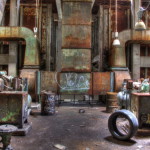 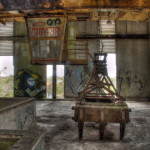 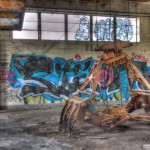 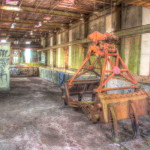 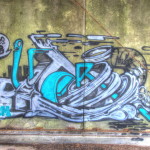 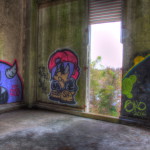 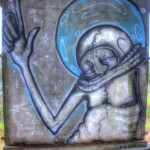 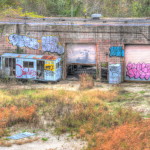 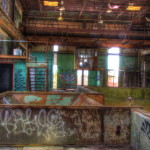 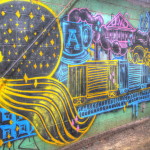 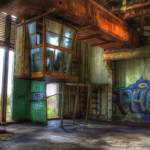 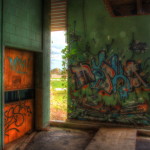 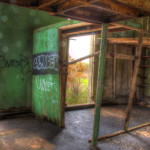 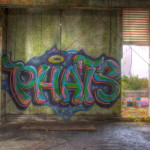 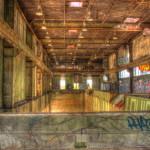 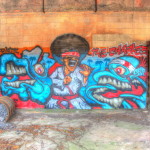 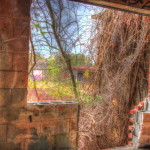 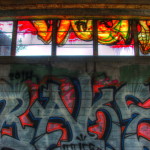 This New Orleans Abandoned Plant is a great example of Urban decay (also known as urban rot and urban blight) is the process whereby a previously functioning city, or part of a city, falls into disrepair and decrepitude. It may feature deindustrialization, depopulation or changing population, restructuring, abandoned buildings, high local unemployment, fragmented families, political disenfranchisement, crime, and a desolate, inhospitable city landscape.

Since the 1970s and 1980s, urban decay has been associated with Western cities, especially in North America and parts of Europe. Since then, major structural changes in global economies, transportation, and government policy created the economic and then the social conditions resulting in urban decay.

The effects counter the development of most of Europe and North America; in countries beyond, urban decay is manifested in the peripheral slums at the outskirts of a metropolis, while the city center and the inner cityretain high real estate values and sustain a steadily increasing populace. In contrast, North American and British cities often experience population flights to the suburbs and exurb commuter towns; that is, white flight.[3]Another characteristic of urban decay is blight—the visual, psychological, and physical effects of living among empty lots, buildings and condemned houses. Such desolate properties are socially dangerous to the community because they attract criminals and street gangs, contributing to the volume of crime.

Urban decay has no single cause; it results from combinations of inter-related socio-economic conditions—including the city’s urban planning decisions, tight rent control, the poverty of the local populace, the construction of freeway roads and rail road lines that bypass the area,depopulation by suburbanization of peripheral lands, real estate neighborhood redlining, and immigration restrictions.