Benjakiti Park is a beautiful park in the Sukhumvit area of Bangkok.  The park is approximately 50 acres and encompasses a large lake surrounded by two tracks.  The outer track is for bicycles only and the inner one is for joggers and walkers.  There is an abundance of flowering plants rich in every color.  This park is easily reached by walking from the Asok BTS stop near Terminal 21 shopping mall. Benjakiti Park is an excellent alternative to the larger, louder, and more famous Lumphini Park in the Silom area. 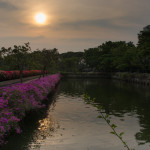 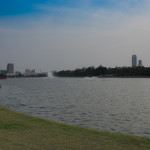 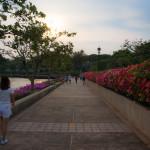 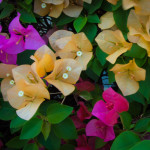 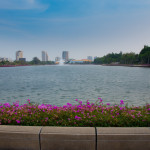 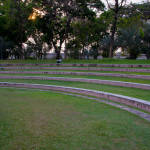 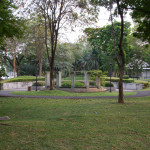 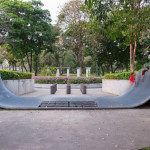 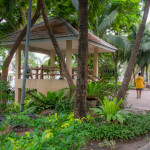 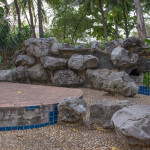 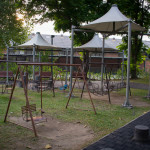 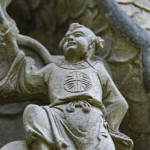 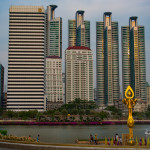 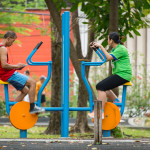 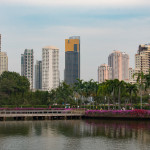 Some areas of Benjakiti Park are pretty run-down, making it a great location for photographers.  For example, a large section of the skate ramp was missing.  All of the water features (except for the main lake) were in complete disrepair.  The jogging and bike trail, however, seem to be well maintained as does the landscaping.

Benjakiti Park was first opened in 2004 in honor of Queen Sirikit’s 72nd birthday.  The park was built on land once owned by the tobacco monopoly in Thailand.  Adjacent areas are composed of modern skyscrapers, luxury shopping centers, and modest traditional neighborhoods.