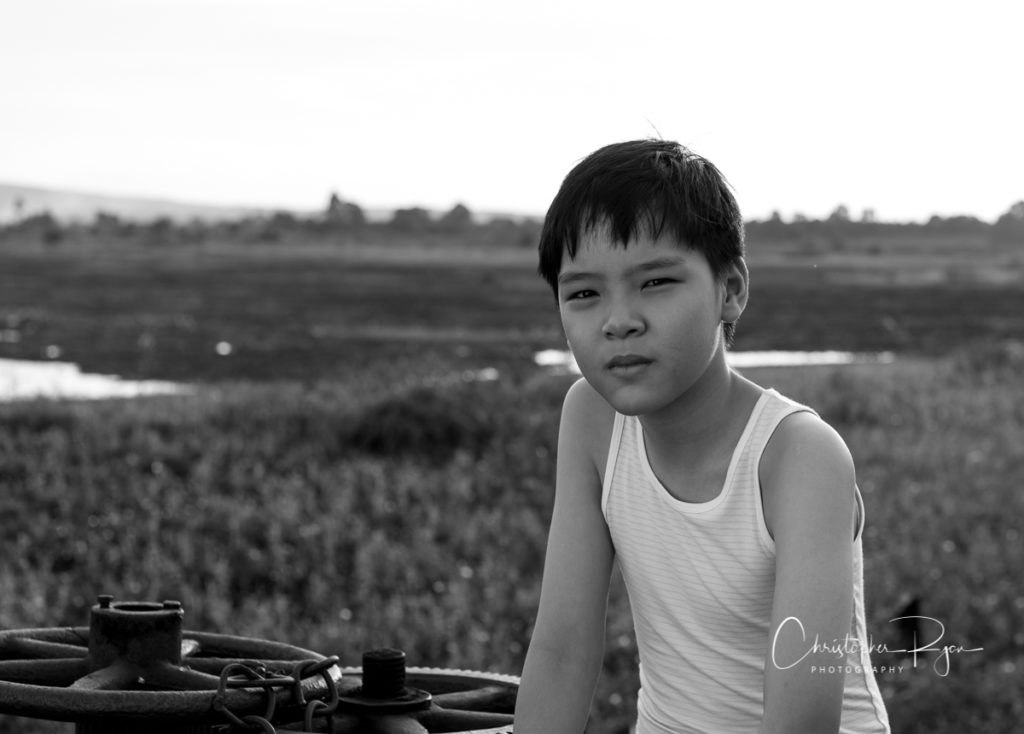 Korn Danviboon is a multi-talented young man of ten years old with an impressive resume in the entertainment industry.  His talents include singing, dancing, acting, modeling, and playing musical instruments (guitar, violin, & drums).  He also enjoys tennis, Thai boxing, and archery.  Though it is not listed on his resume, he shows a natural ability at being a comedian.  Mugkorn only recently turned 10, so there is plenty of time to decide which one(s) of these to pursue. 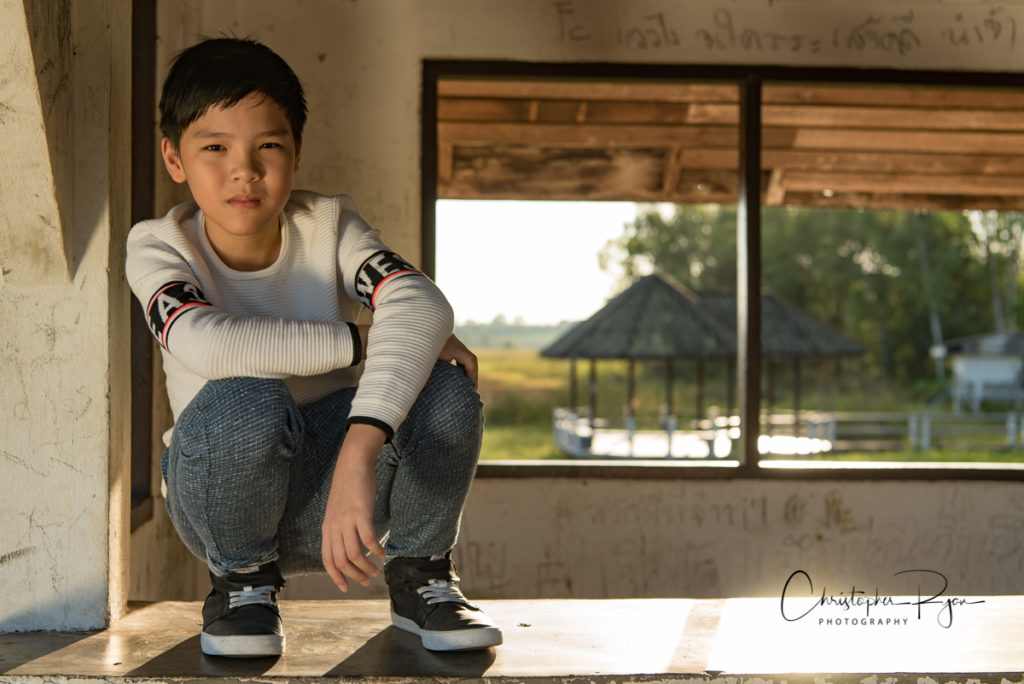 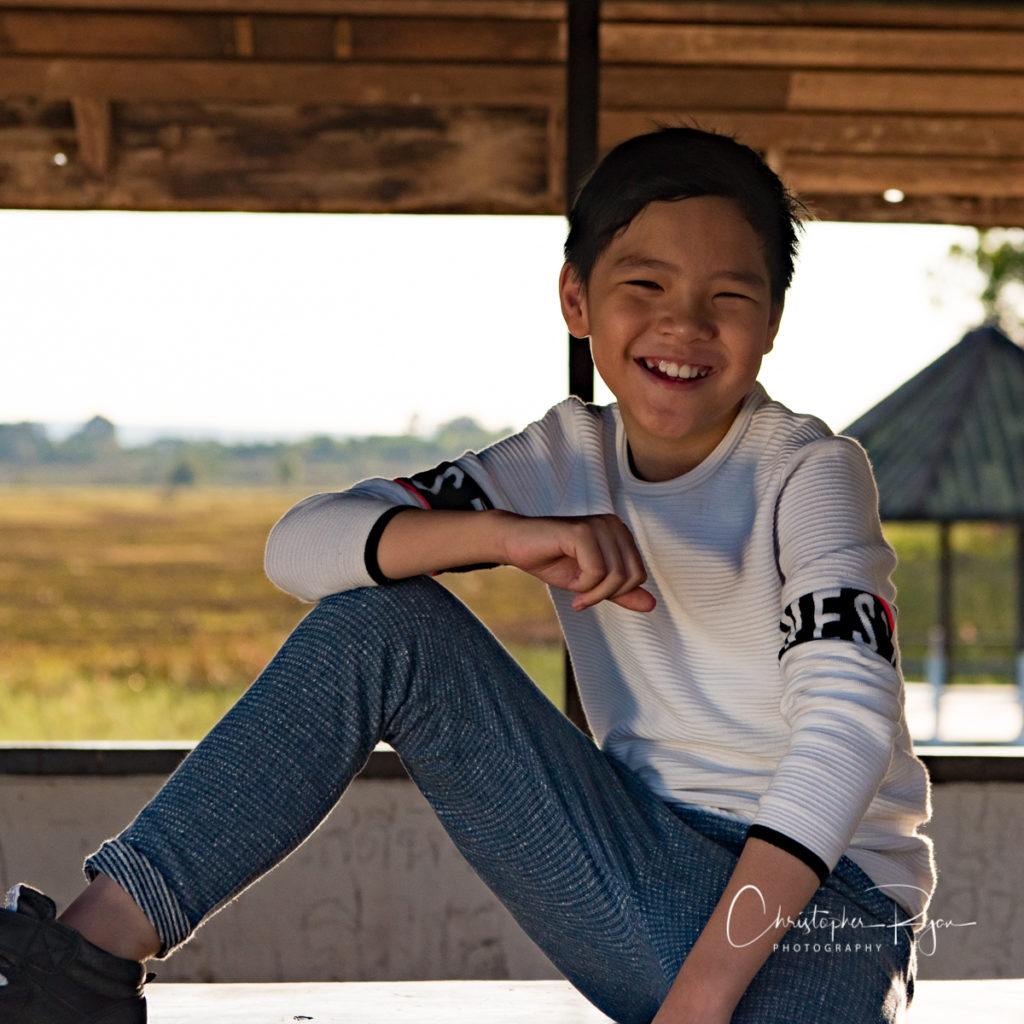 This was Korn’s favorite image from the portrait shoot. 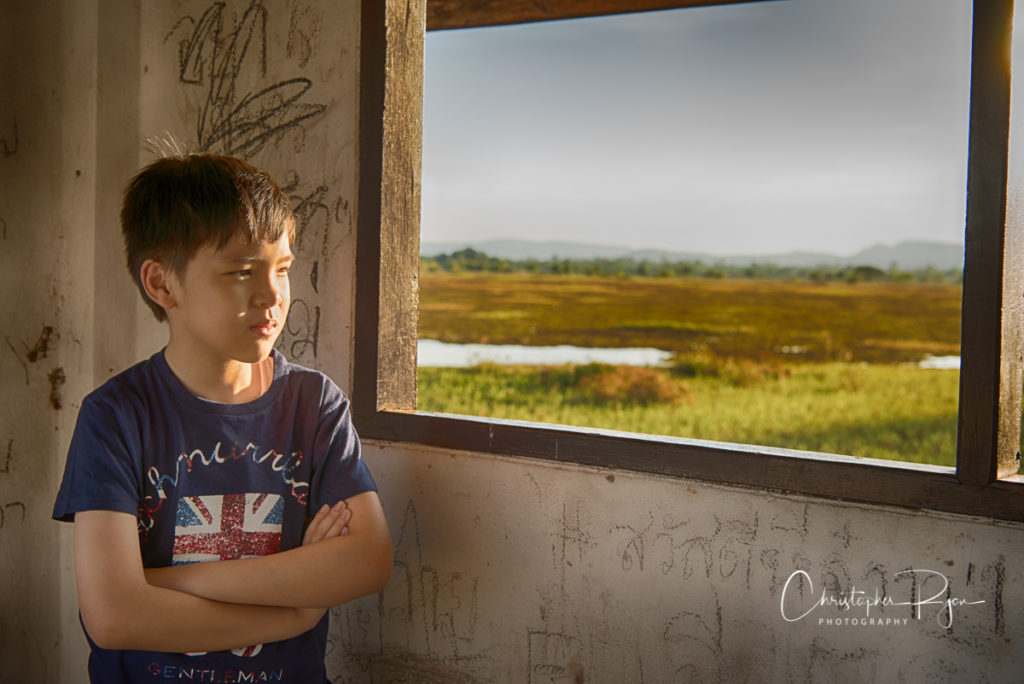 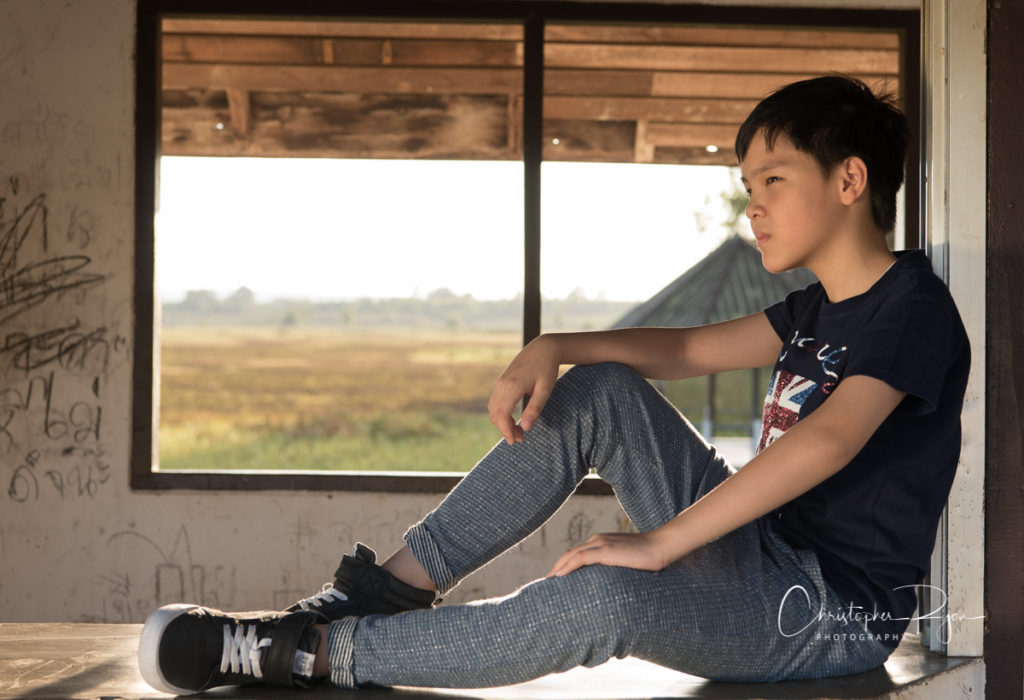 All of the images from this shoot were created at a beautiful lake known as Kut Ling Ngor, located approximately 15 kilometers from Udon Thani city center.  I chose three locations around the lake including these at some sort of small abandoned structure.  The shoot therefore fits in with my Youth and Urban Decay project of kids around the world in abandoned structures. 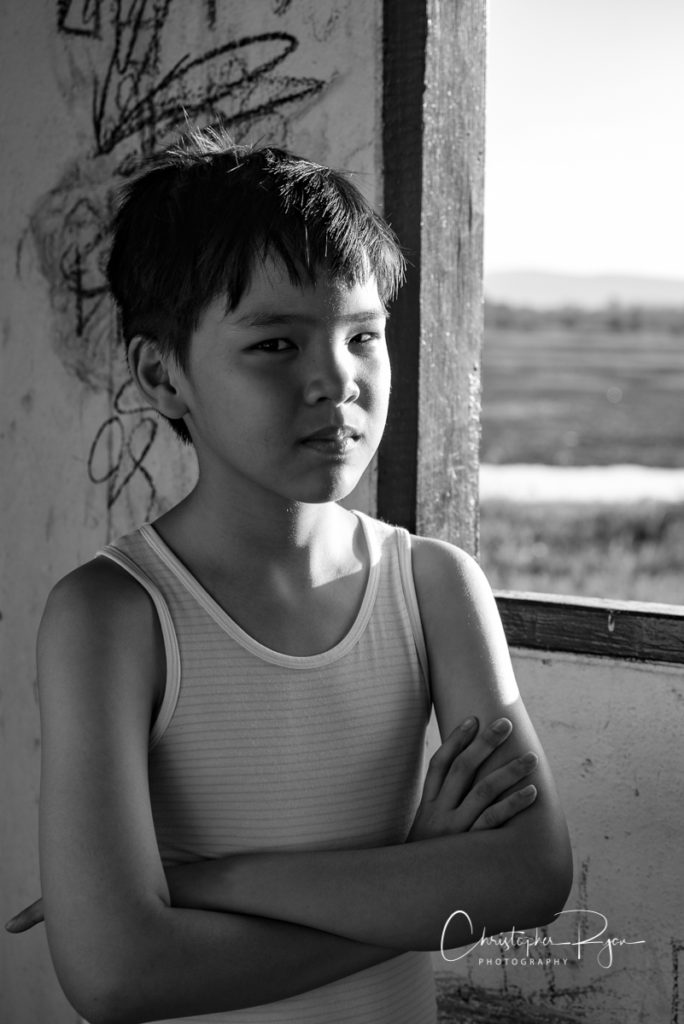 Korn speaks perfect English, and was greatly amused when I explained that his undershirt was affectionately known as a wife-beater in the United States. 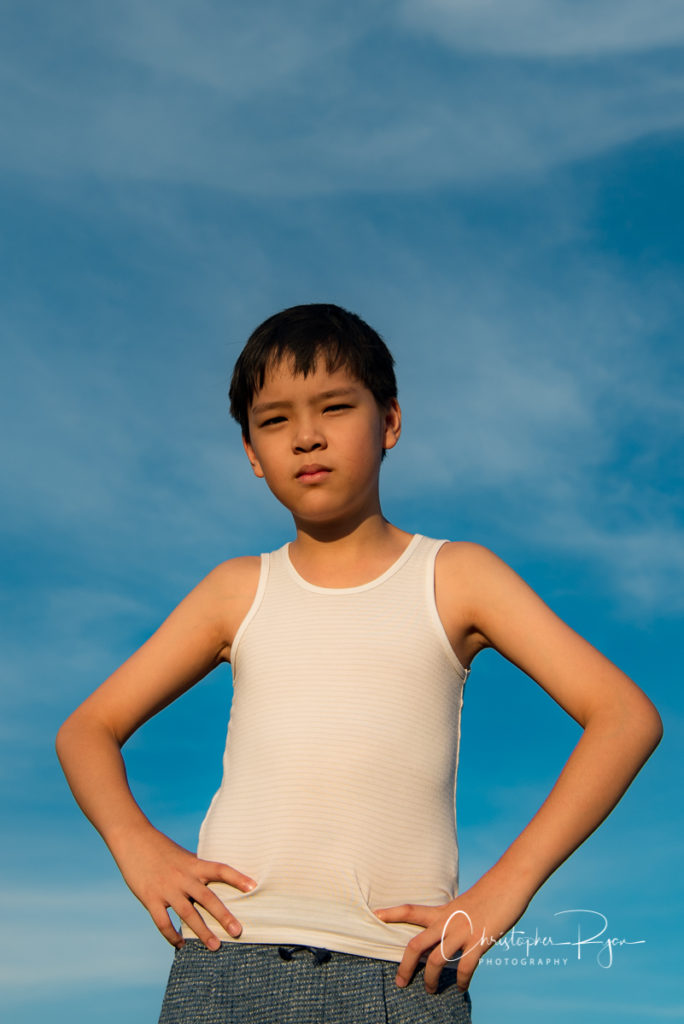 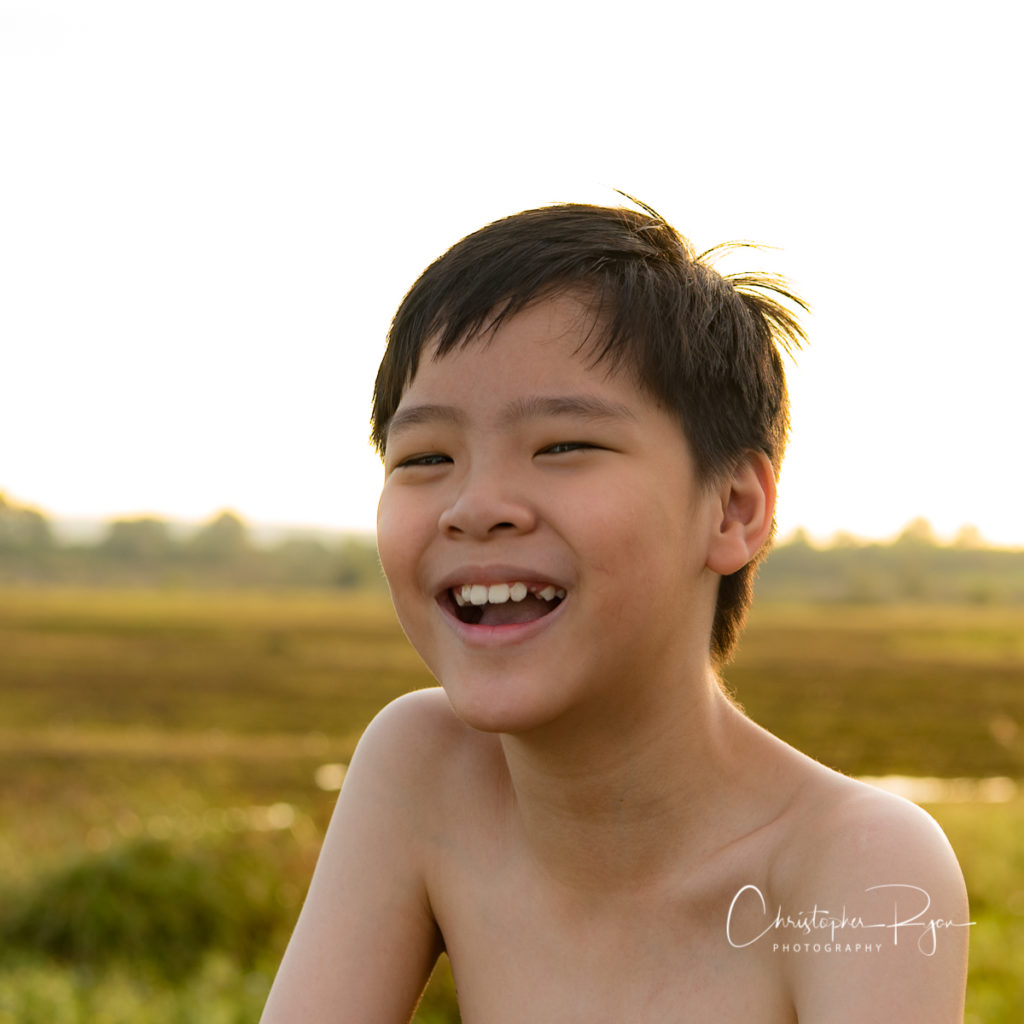 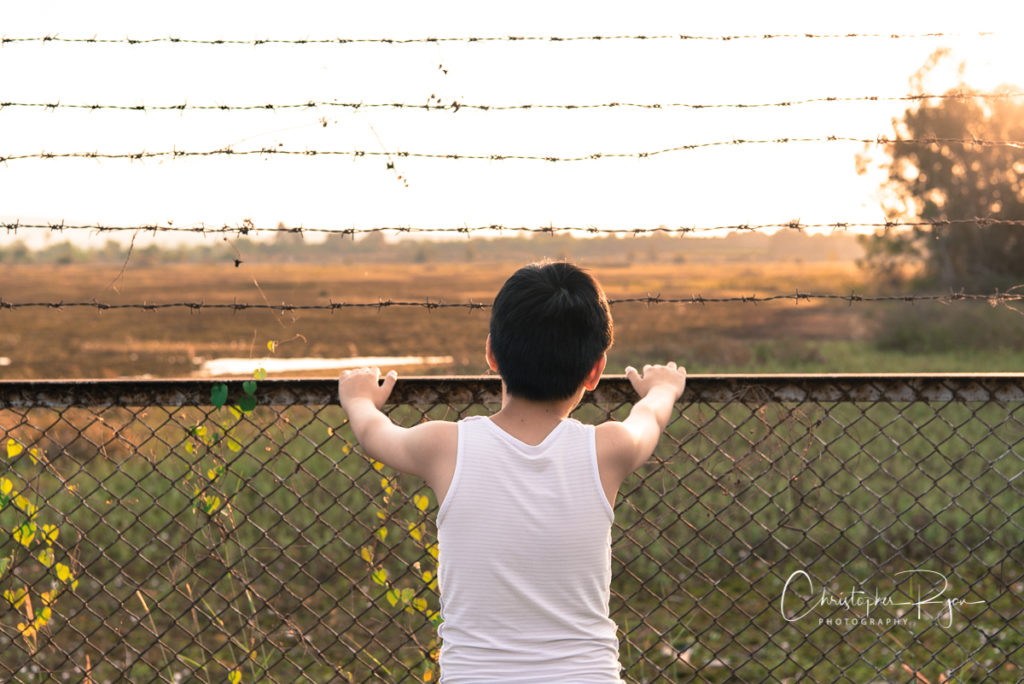 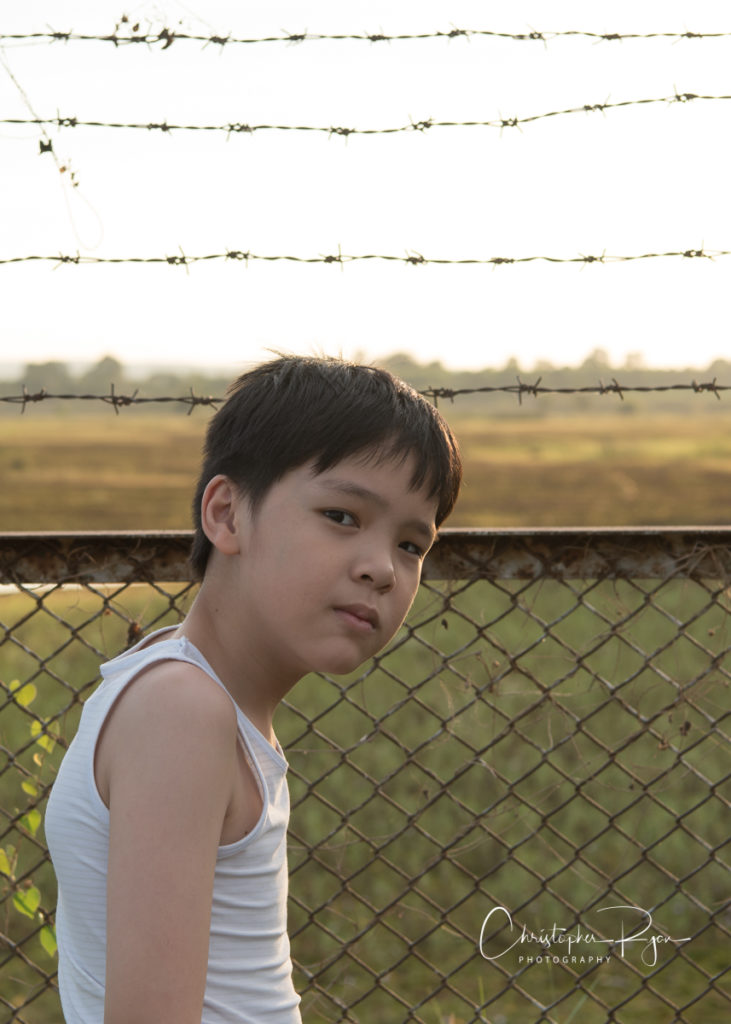 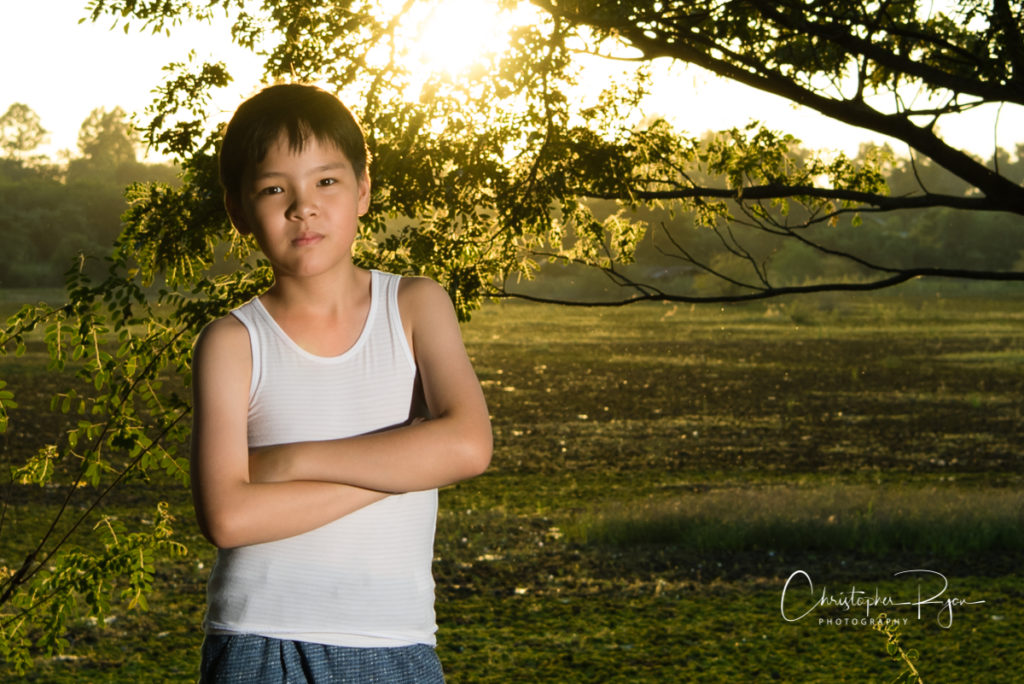 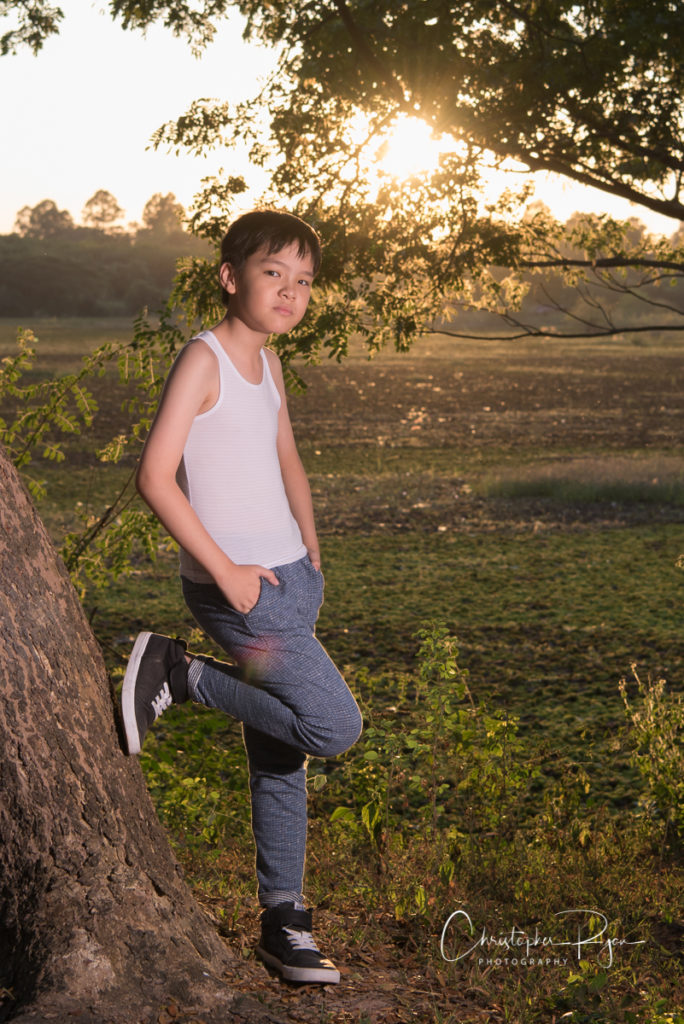 Korn was 1 of 24 children chosen by Workpoint Entertainment to join the variety Singing show “We kid Thailand” Season 1.  Check out one of the videos here. 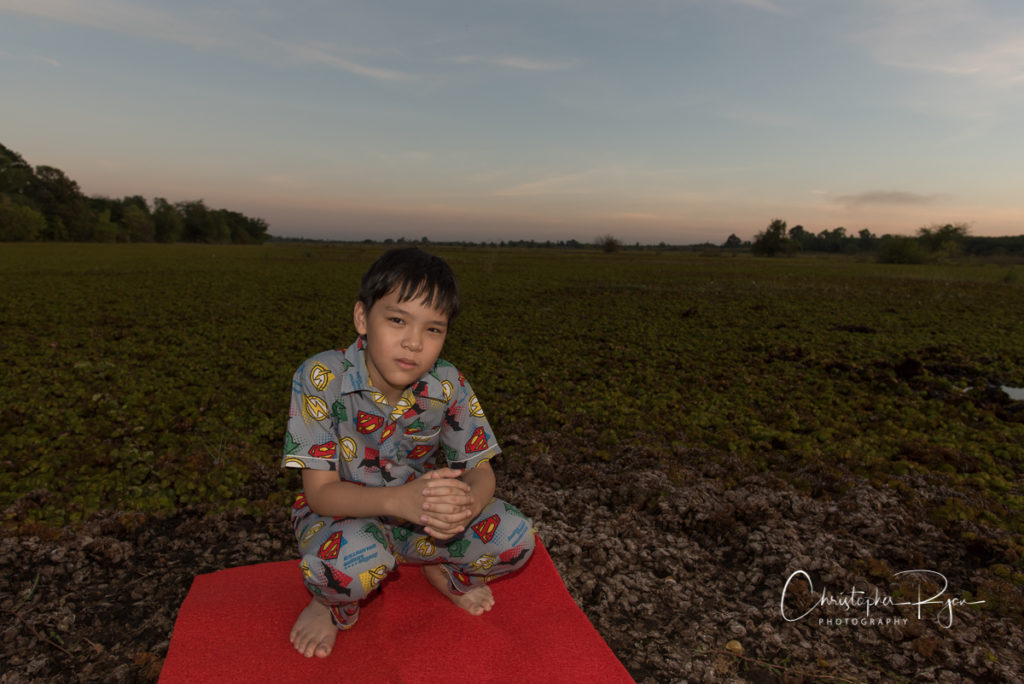 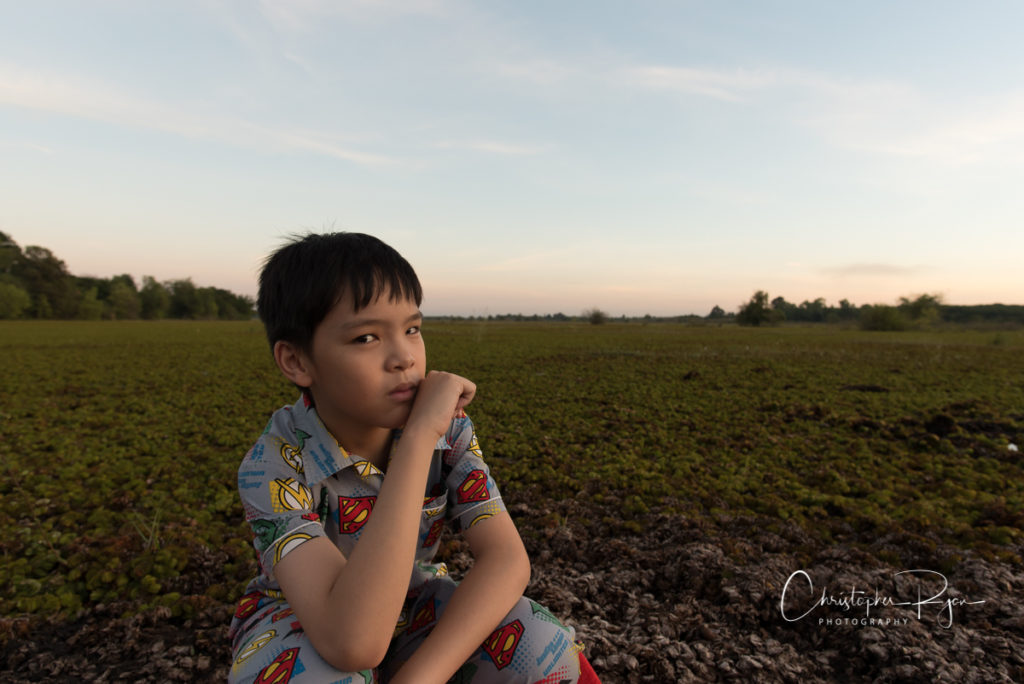 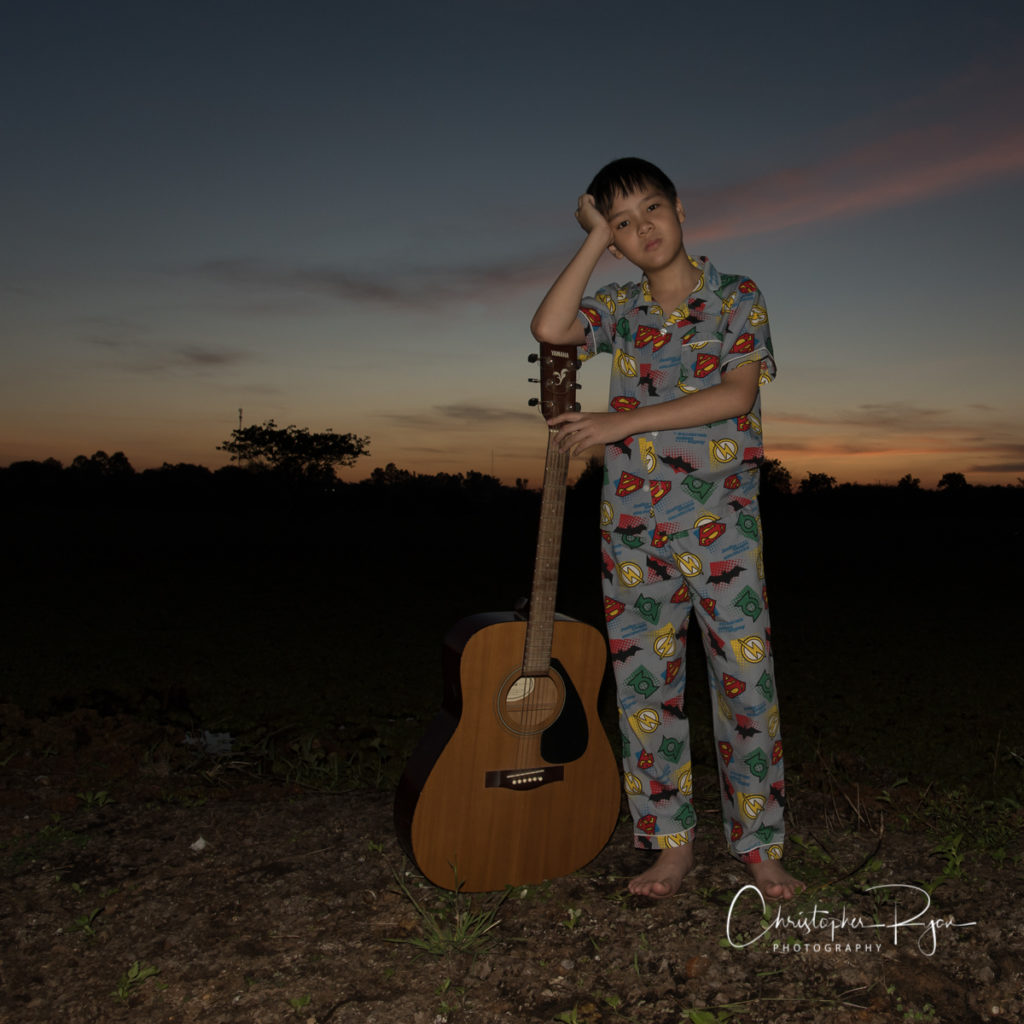 Korn was recently honored to perform on a solemn occasion singing for the King Rama 9 funeral ceremony on TV channel 24. 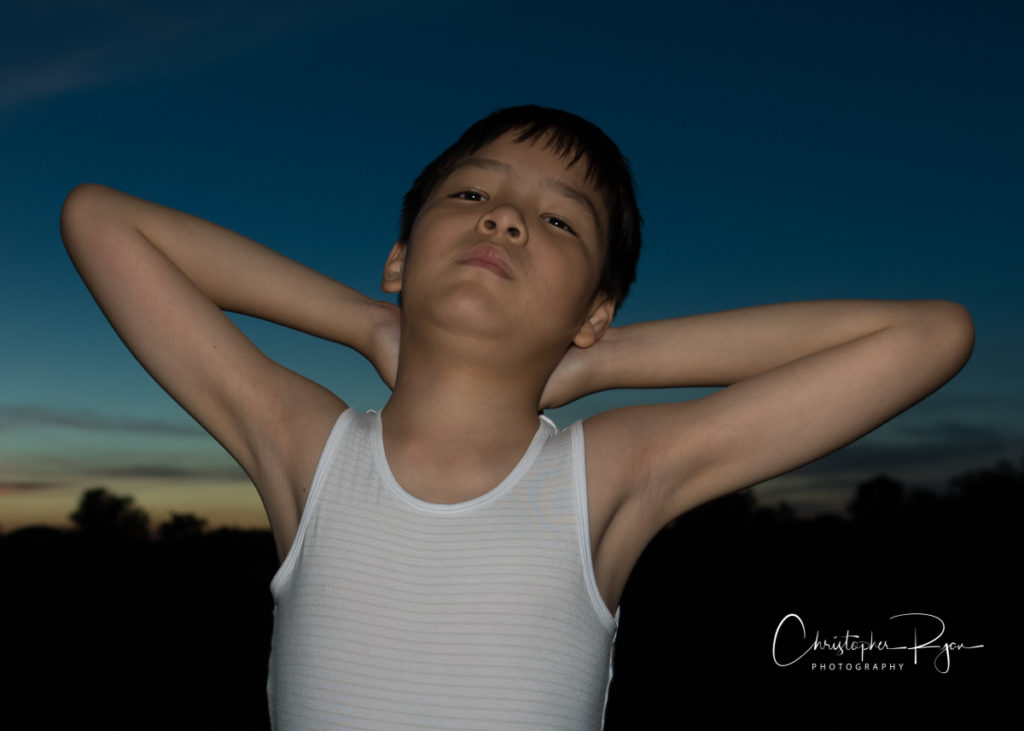 Korn’s career is currently managed by his mother and grandmother.  He lives in a beautiful compound with immediate and extended family.  He has two older brothers studying at university in Bangkok.