Frightening Abandoned Buildings and Other Adventures in Chiang Mai

I’ve been living in Bangkok for five months now. This was my first visit to Chiang Mai, and surely will not be the last. I found Chiang Mai to be a much friendlier and more relaxed place than Bangkok. There were either more people speaking english or more people willing to speak english. I liked it so much in fact that I am now shopping for a condo in Chiang Mai! In addition, there are plenty of abandoned buildings in chiang mai to explore and use for photography projects. If you’re thinking about visiting Thailand, I highly recommend you stop by and visit Chiang Mai. To learn more about visiting and traveling on tren Bangkok Chiang Mai, visit Vamonos’ website.

If you go I highly recommend my friend Pipoe Lee as your tuk tuk driver. You can hire him by the trip, hour, or day.

There are so many temples in Chiang Mai you don’t even need a map or guidebook. Just wander around and you will find plenty. There are plenty of monks & novices wandering the street. Not all are keen on having their photo taken (as I discovered), but most don’t seem to mind. Also there is a nice program called Monk Chat available from 5 pm to 7 pm weekdays where you can ask a Monk anything you want (but keep it classy please). 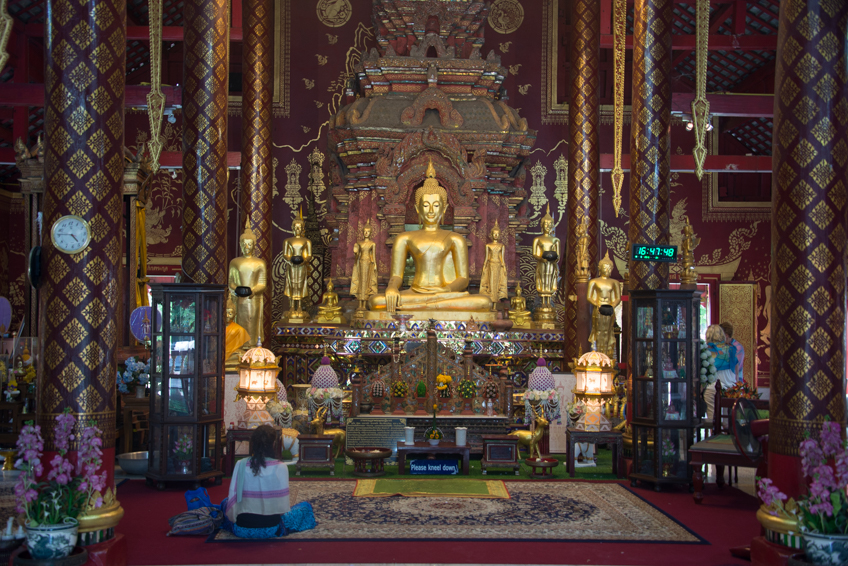 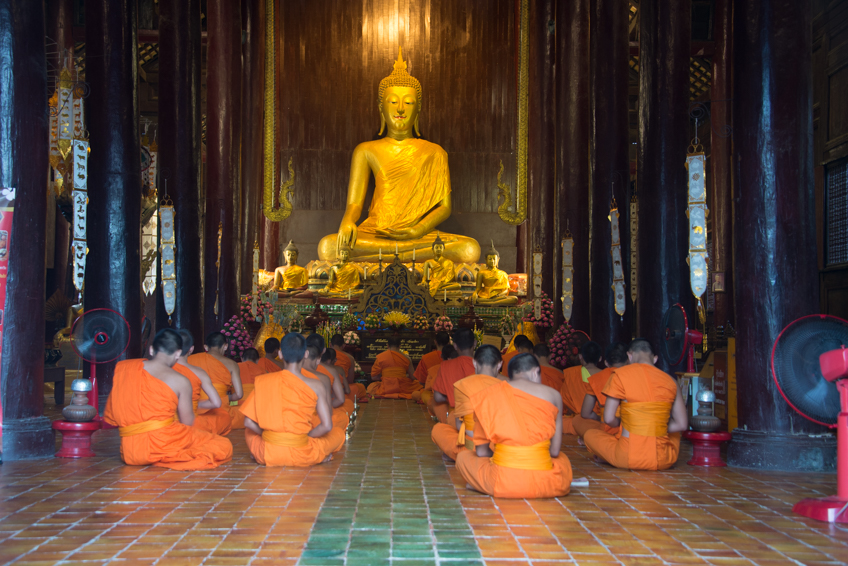 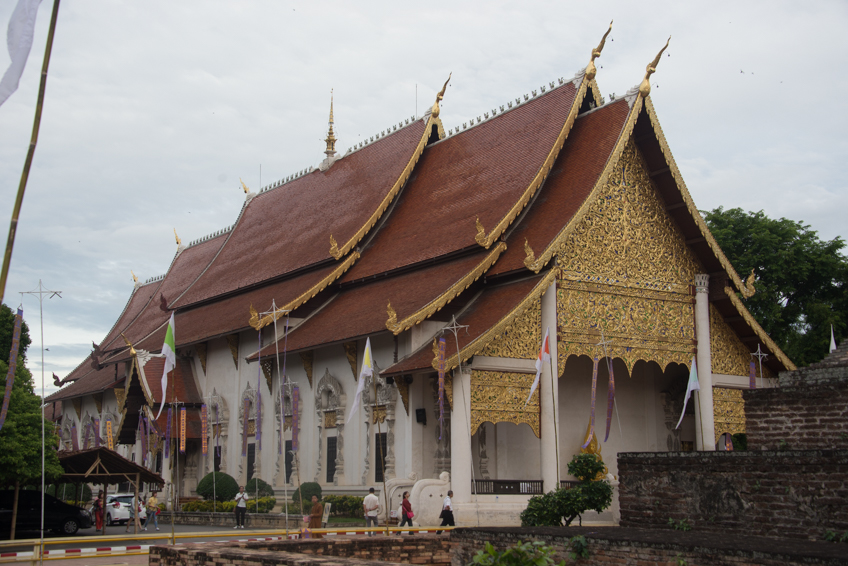 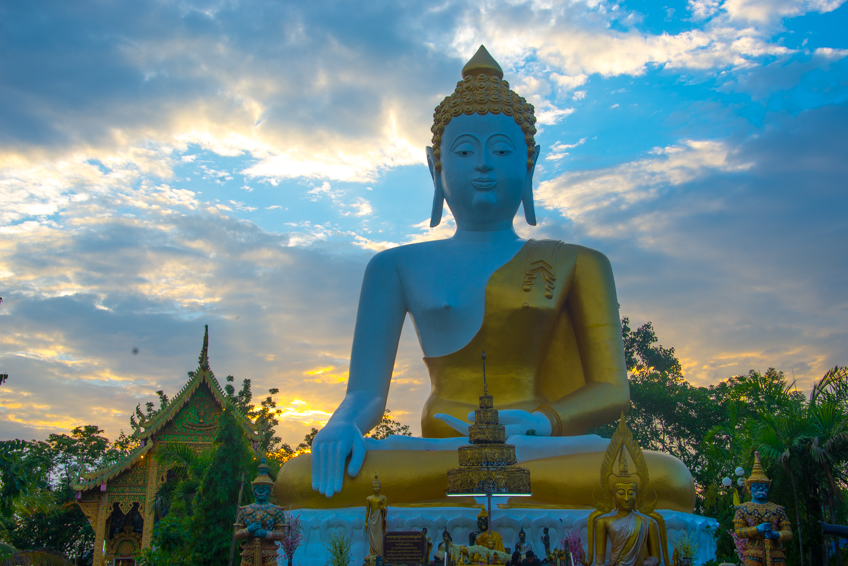 Through the power of expat groups on FaceBook, I found an amazing tuk tuk driver to take me on an adventure to find abandoned buildings. Watch the video above and you will see the ten abandoned buildings I explored, including an abandoned prison right in the middle of the old city.

Update: Chiang Mai became the first city for my project Youth and Urban Decay featuring kids & teens in abandoned buildings around the world. 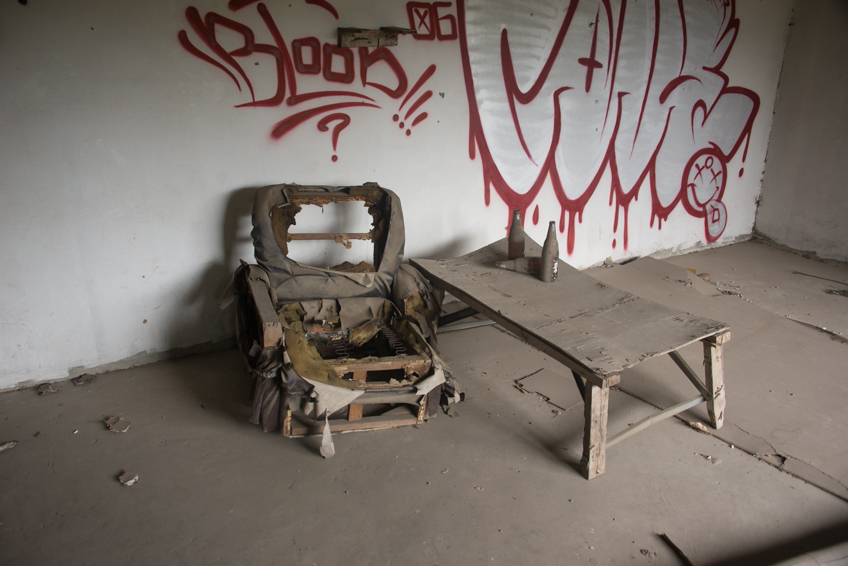 The photo above was taken inside the first building we went to. The location was very close to the old city, in an area cluttered with abandoned buildings. This one in particular became abandoned before construction was finished. 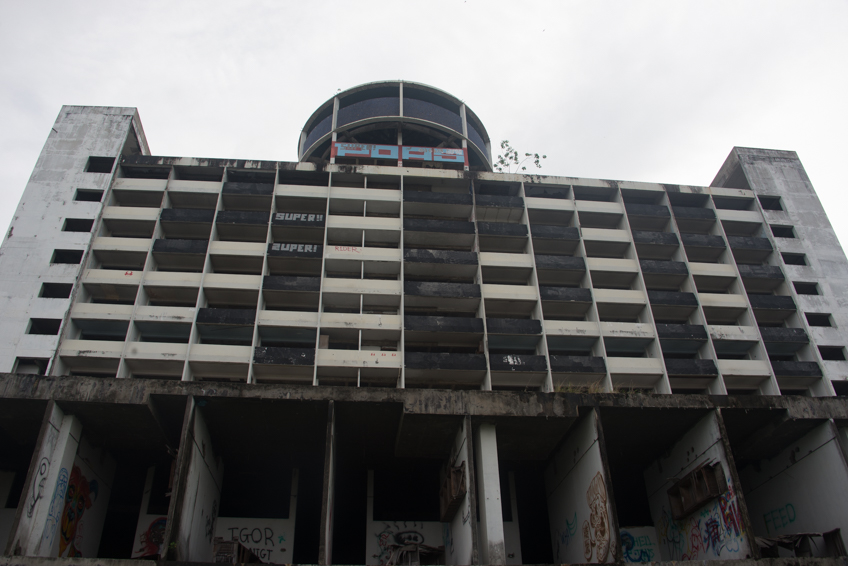 This one is known as the ghost hotel and actually was open for business at some point in time. I chose this location for my photoshoot with a child model. Photos from that will be posted soon in a separate blog post. 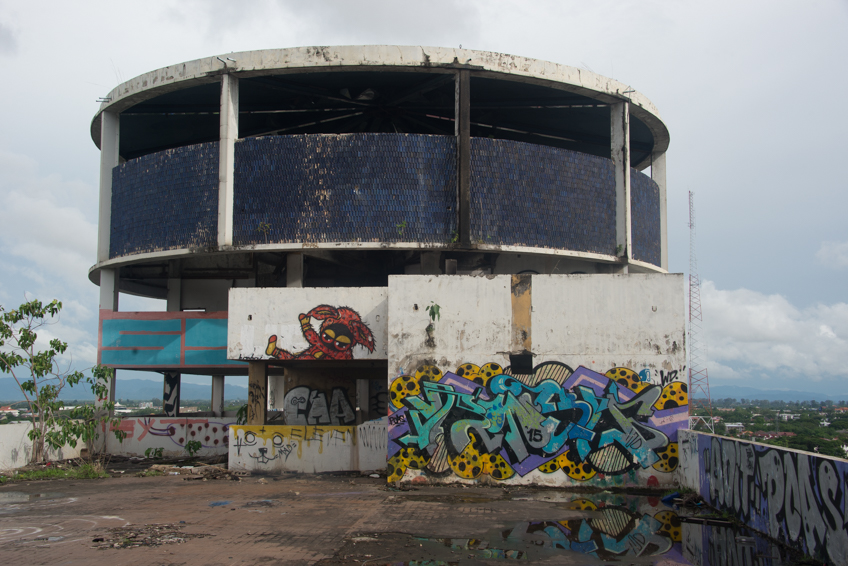 A bit of a climb to the roof, but it is an awesome view! 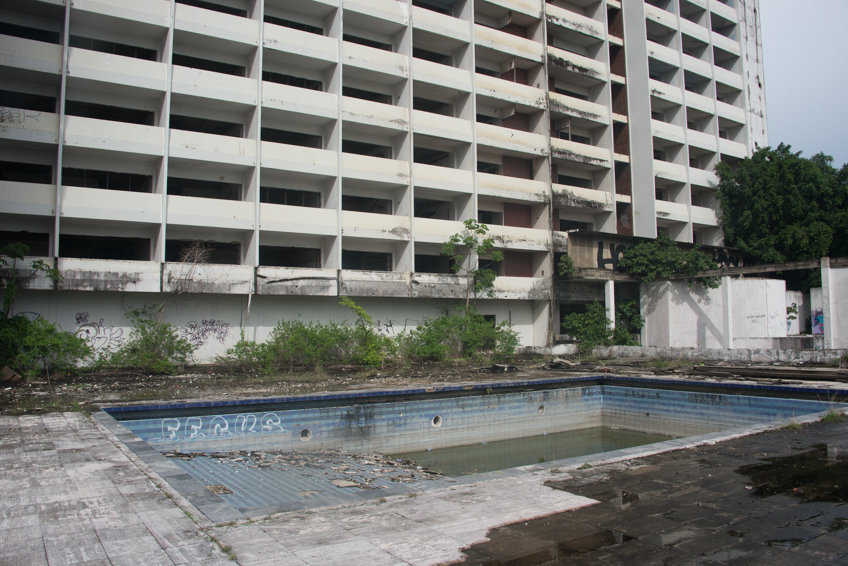 This pool became the site for one of my favorite photos of all time a few days later. 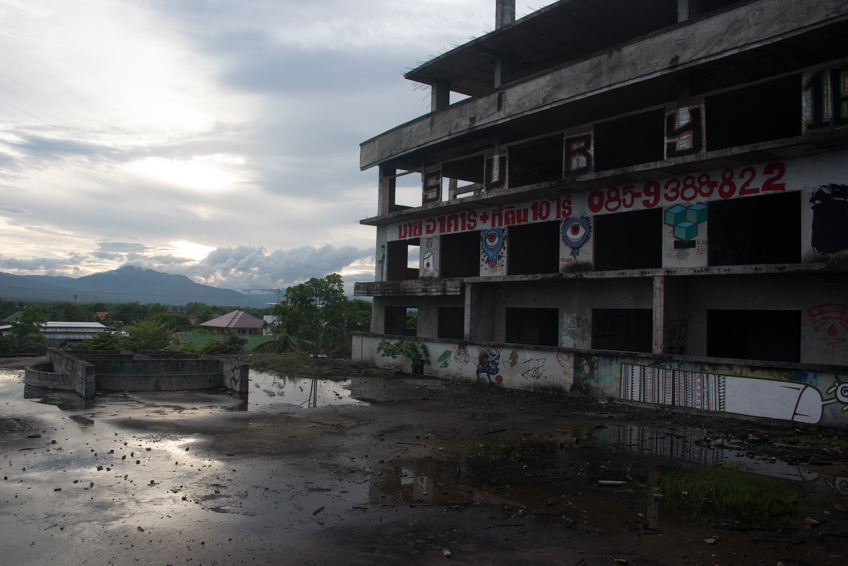 The building shown above is about 30 minutes away from the old city. It is very popular with locals for graffiti artists as well as couples posing for photos in front of the graffiti. 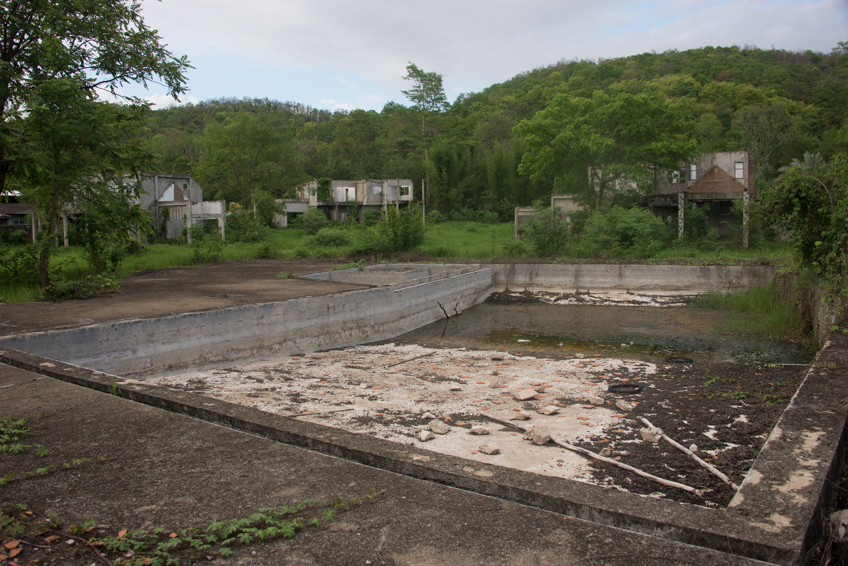 This one is an abandoned resort of some sort that apparently never made it past the construction phase. It is also about 30 minutes from city center.

Update: This one has since been torn down. 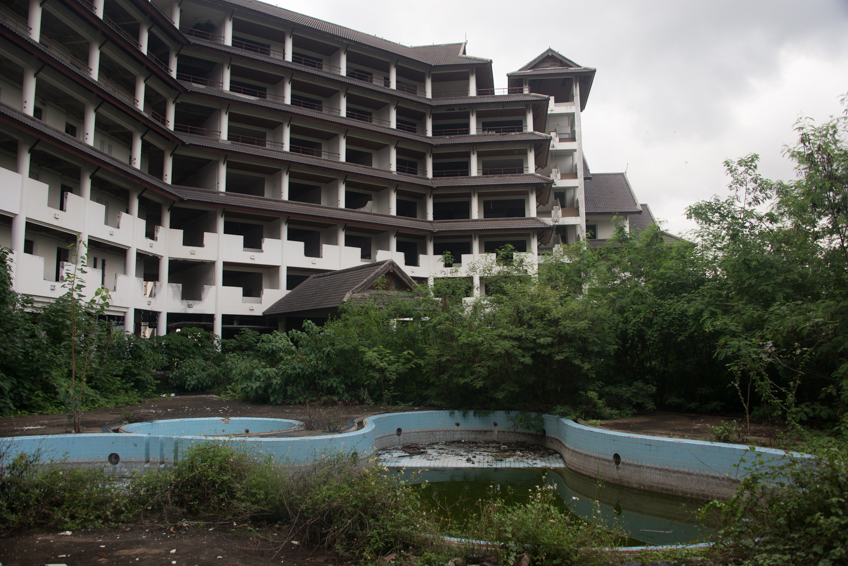 We had trouble finding this one as it is in a remote area. That probably explains why it was a failure. The building topped off but interior construction was never completed. It is fairly untouched by graffiti artists.

I met up with Mr. Pipoe Lee through the expat group on FaceBook. It was a match made in heaven as he was a great sport about visiting the abandoned places. He knew most of them already and was glad to accompany me. If you need a tuk tuk driver, contact him on FaceBook. 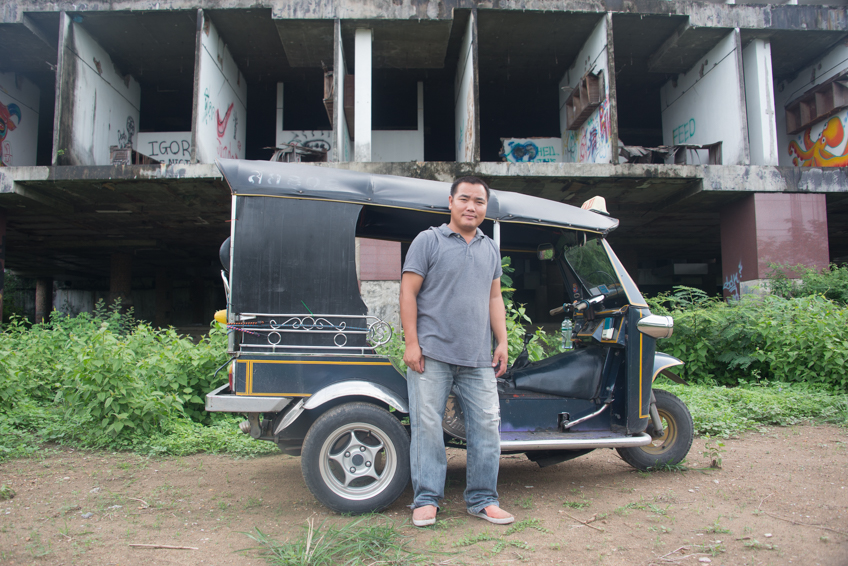 Mr. Pipoe Lee shown above with his tuk tuk. 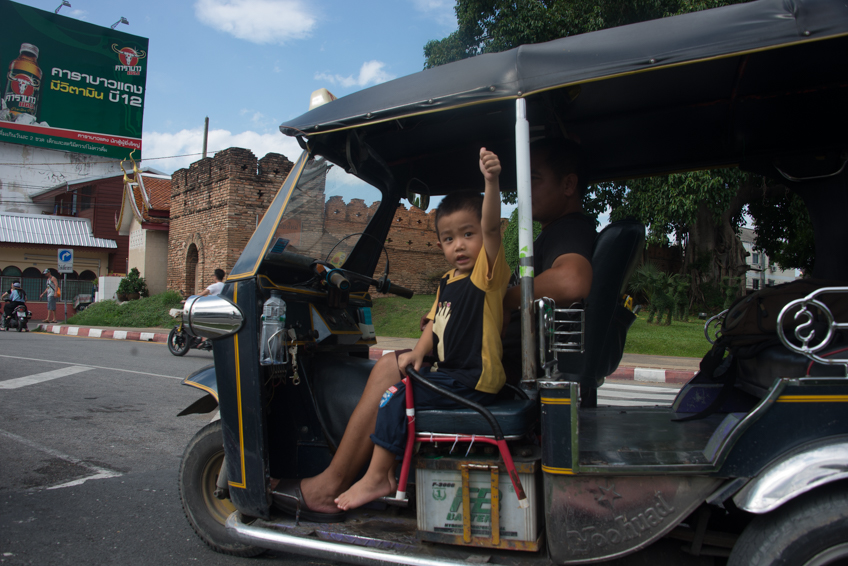 He brought his son along to help him navigate on day. 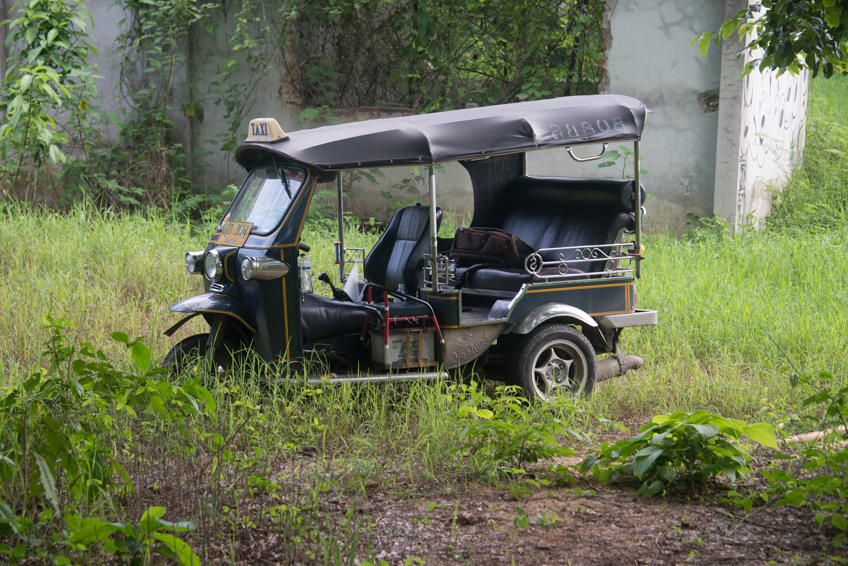 Another attraction about 45 minutes from town is the “Grand Canyon.” It is an old rock quarry filled with water. Pay 50 Thai baht to get in and you can jump off the cliffs. Sadly, I was still recovering from the motorbike accident in the Philippines and did not get to jump. 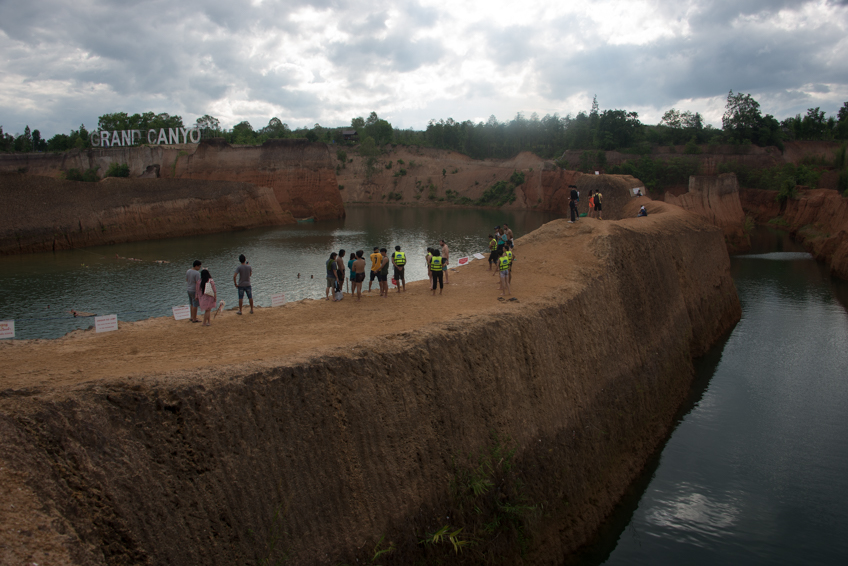 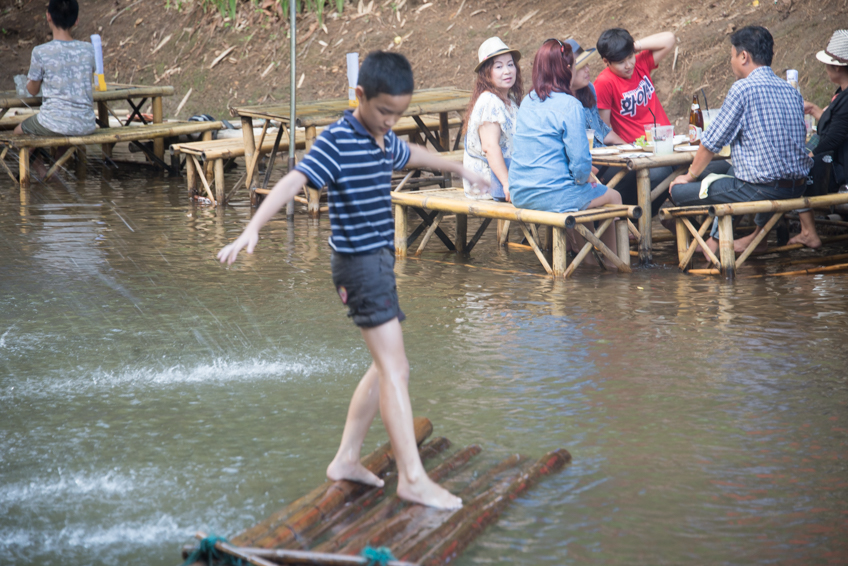 Kid playing at a coffeeshop not far from the Grand Canyon.

Hornet seems to be the most popular app for gay dating in Chiang Mai. I had a lot more hits on that than I did on Tinder. I met a really great guy and we rode around a bit on his motorcycle. Ram Bar is the most popular of the gay clubs. It is only ten minutes away from the old city. Make that your starting point and pick up a free guide to the other bars, some of which are close by. The bars seemed friendlier to me than those in Bangkok and there are more sincere locals & expats than money-boys! 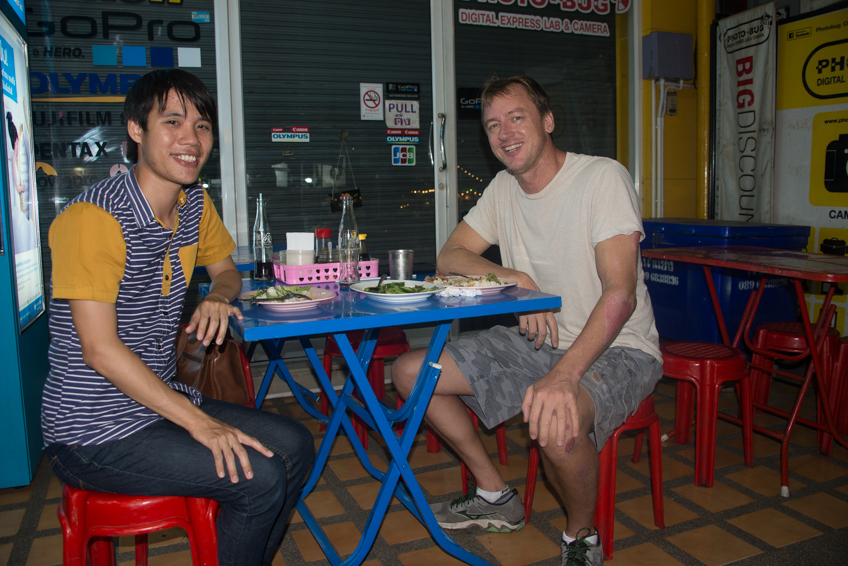 I stayed at Diva 2 Gueshouse and I highly recommend it to anyone. It is in the NE section of the old city. You can easily walk to any part of the old city from there including my two favorite restaurants Blue Diamond and Sushi Box. There are Temples (Wats) every block or two in most directions if that is your thing. The staff and owner are all super friendly and very helpful. All major tour operators will pick up here.