As I do most of the time, I took some back roads on the way from New Orleans to Atlanta this past weekend.  I stayed overnight in Montgomery then headed north to Wetumpka in search of an overgrown cemetery (which I never found).  Then I went east on the Tallassee Highway which, fittingly leads to the town of Tallassee situated on the Tallapoosa River.  The first photo in the gallery below is an HDR shot composed of three images taken of a cluster of old rusty farm tractors.  This is located across from W R Motors at 87142 Tallassee Highway.  The image was processed in Photomatix Essentials using the soft effect.

The old bridge crosses the Tallapoosa River on highway 229 just north of Milstead, Alabama.  It is a beautiful sight to see, but would have been much better composed from a helicopter several hundred feet higher in the air.  This was also processed as an HDR image using Photomatix Essentials with one of the painterly effects.  It should be easy to guess that the next image is of the Tallapoosa River itself.  This one was also processed in HDR though one of the less artsy filters was used for this one.

The final two images are of abandoned homes in Tuskeegee, Alabama.  This is a very small town noted for significant contributions to black history in terms of higher learning.  Sadly for most (though a joy to me), the town is overrun with abandoned homes and businesses.  I had planned to spend most of the day here, but had a call to model at an event that same evening and had to cut the trip short.

Montgomery was full of buildings that would be ideal for Old Town HDR photography as well, but there was just not enough time. 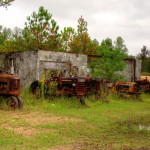 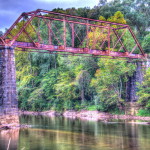 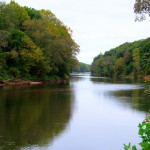 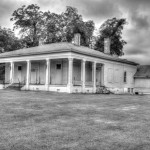 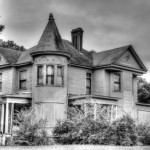