I caught the Elephant Parade Bangkok at Lumphini Park at the beginning of my second week in Bangkok.  The exhibition is a herd of eighty-eight 1.5 metre brightly coloured elephants – which have been decorated and hand painted by artists and celebrities to be auctioned off with the proceeds going to The Golden Triangle Asian Elephant Foundation.

The event was created after founder Marc Spits and his son Mike visited the Friends of the Asian Elephant hospital in Thailand which treats sick and injured elephants. There they saw Mosha, a baby elephant who lost her foot when only seven months old and was the first elephant to receive a prosthetic limb. She is fitted with a new leg every year, and must then learn to walk all over again. Mosha wearing her prosthetic leg is always featured in each Elephant Parade exposition.

Since the Parade started in 2006 more than 800 artists have participated and over 1000 elephants have been created; each an original piece of art. Famous international supporters of Elephant Parade include; Sir Richard Branson, the Duchess of York, Evelyn de Rothschild, Goldie Hawn, Khloe Kardashian, Katy Perry, Tommy Hilfiger, Paul Smith, Joanna Lumley, Michael Palin, Ricky Gervais and Prince Henrik of Denmark. Thailand’s talented artists and celebrities have been busy designing their elephants to paint a brighter future for the county’s national animal to be on display in iconic locations in Bangkok until the end of January 2016.

NOTE: Christopher Ryan is a photographer, and model currently operating out of Bangkok, Thailand. 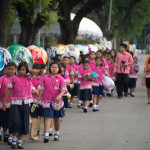 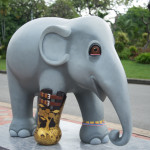 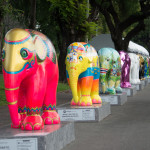 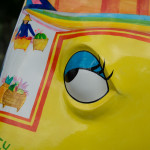 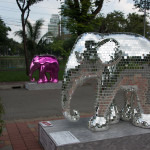 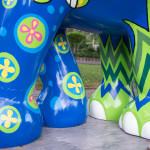 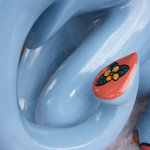 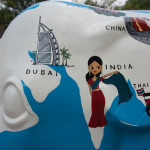