The Chinese Cemetery in Samut Sakhon Province is located very near to the terminal stop of the Maeklong Railway near the Ban Laem station in Tha Chalom district. GPS coordinates: 13.539693, 100.270350. Samut Sakhon, known by the locals as “Maha Chai”, is a small province located on the mouth of the Tha Chin River. This is a port off of the Gulf of Thailand and at one point was an important stopping off point for Chinese travellers. This cemetery was a delightful surprise on a trip via the Maeklong Railway to see the Umbrella Folding Market. 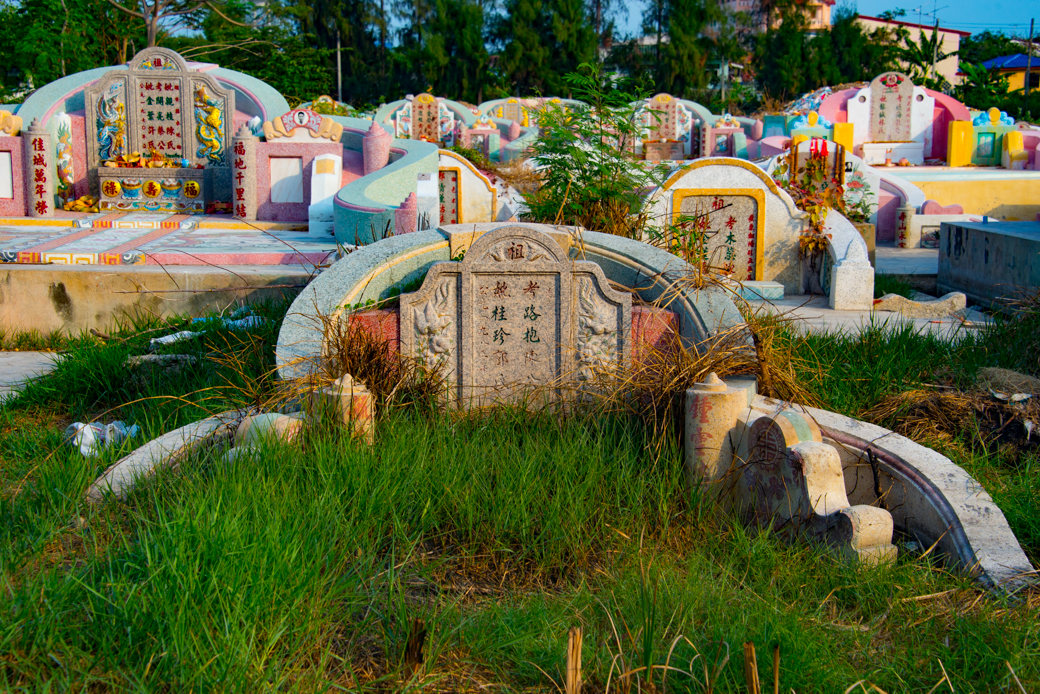 Thailand is 95% Buddhist. As I understand it, the particular form of Buddhism practiced here believes in reincarnation. Therefore, it is rare to see cemeteries. There was a heavy Chinese influence here so you will occasionally find Chinese cemeteries throughout Thailand. There are also a few Christian cemeteries. 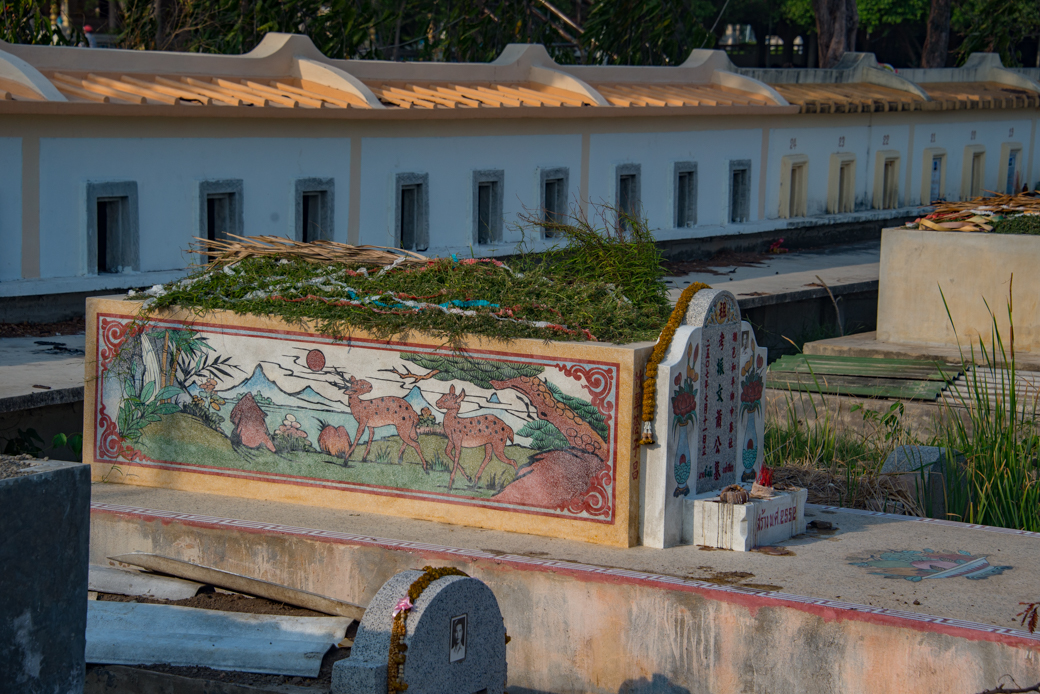 Traditional Chinese funeral & burial procedures are steeped in superstition and follow strict procedures that at the least will seem unusual to Westerners, but will probably seem more on the side of totally bizarre.

But like any other funerals held around the world, celebrating the life of your loved one can be expensive, and if you don’t have the savings set aside, it can be hard to give them the traditional, or custom send-off they deserve. Thankfully, places like GoFundMe can help with this sort of thing. It allows families to turn to crowdfunding efforts to raise money for the funeral, as well as creating a place to emotionally support others. This could be a good place to turn to if you are struggling with funeral costs. So, what are these traditional Chinese funeral and burial procedures? 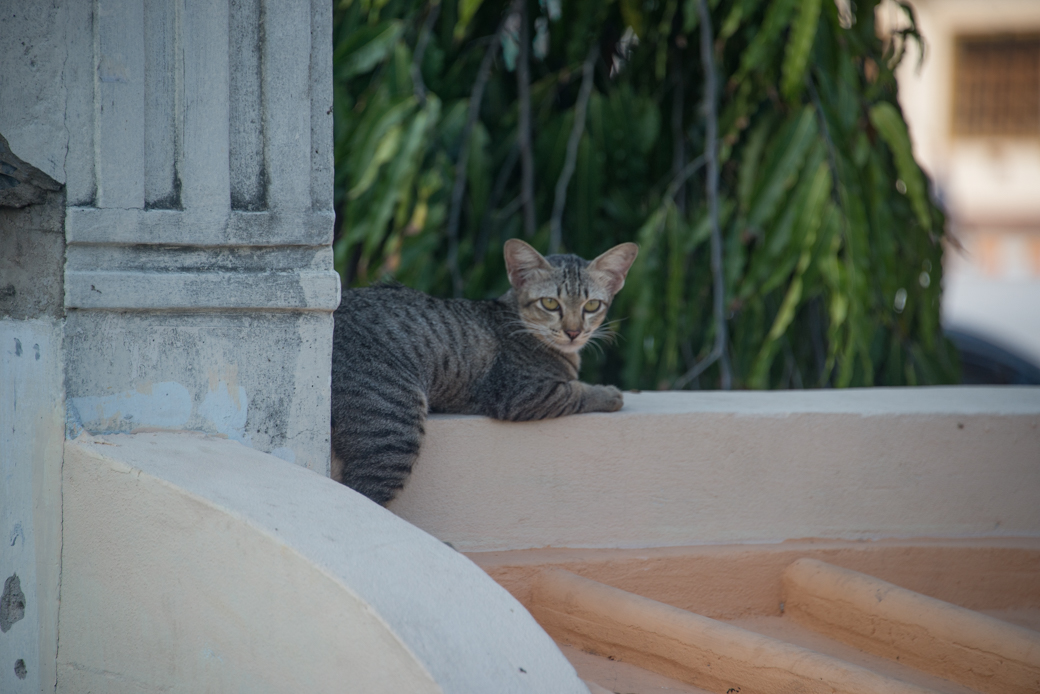 Not a black cat exactly but this little guy was standing guard on a corner wall of the cemetery. 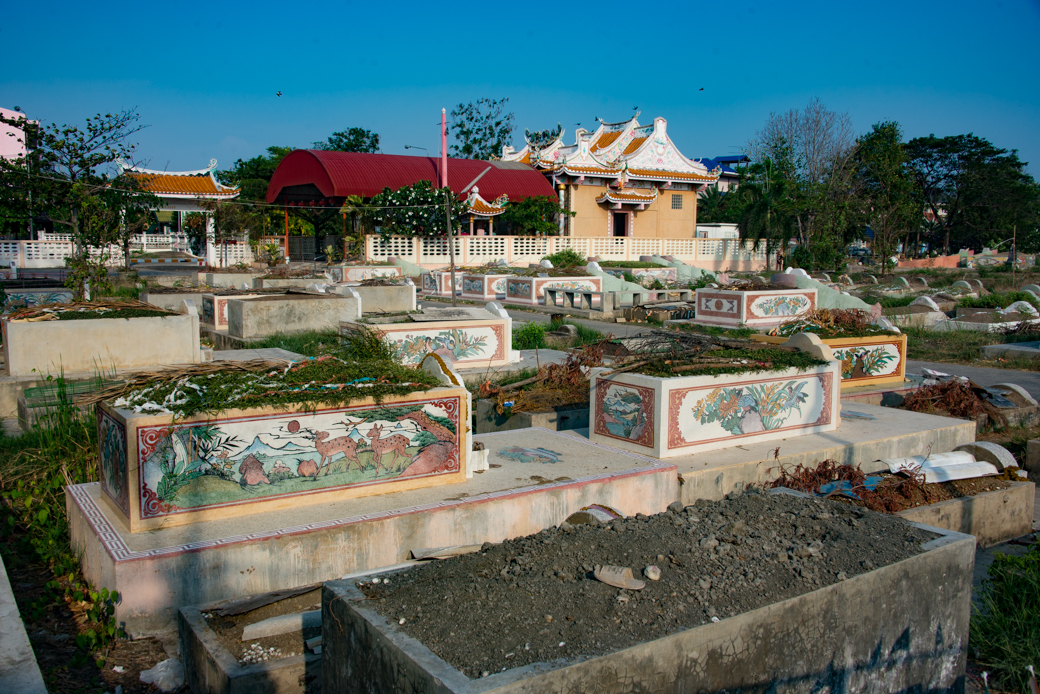 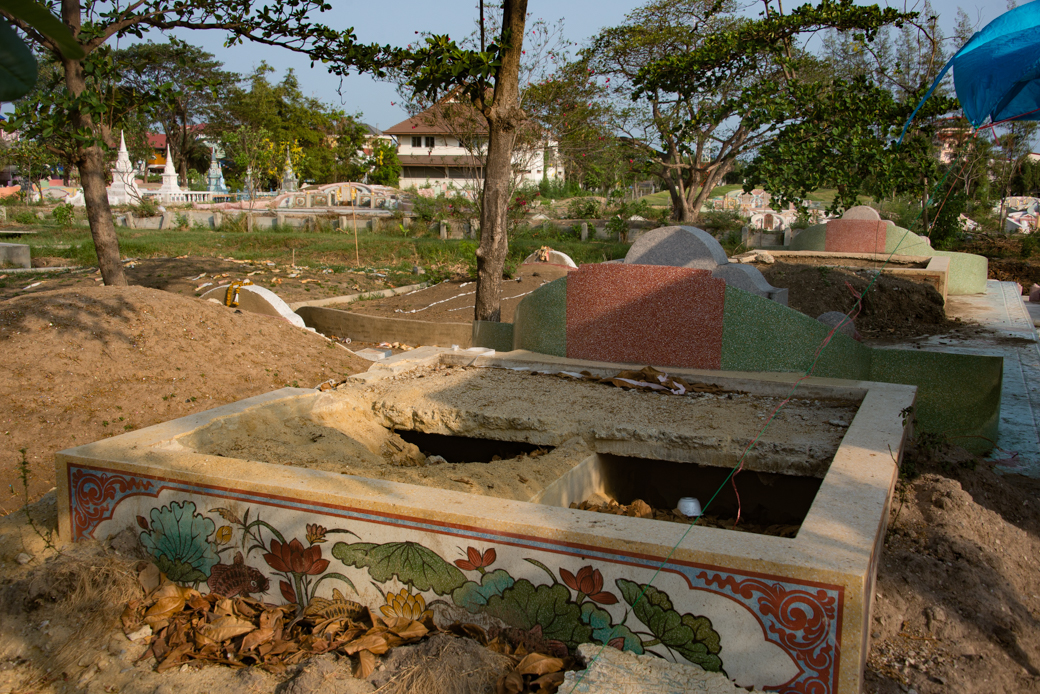 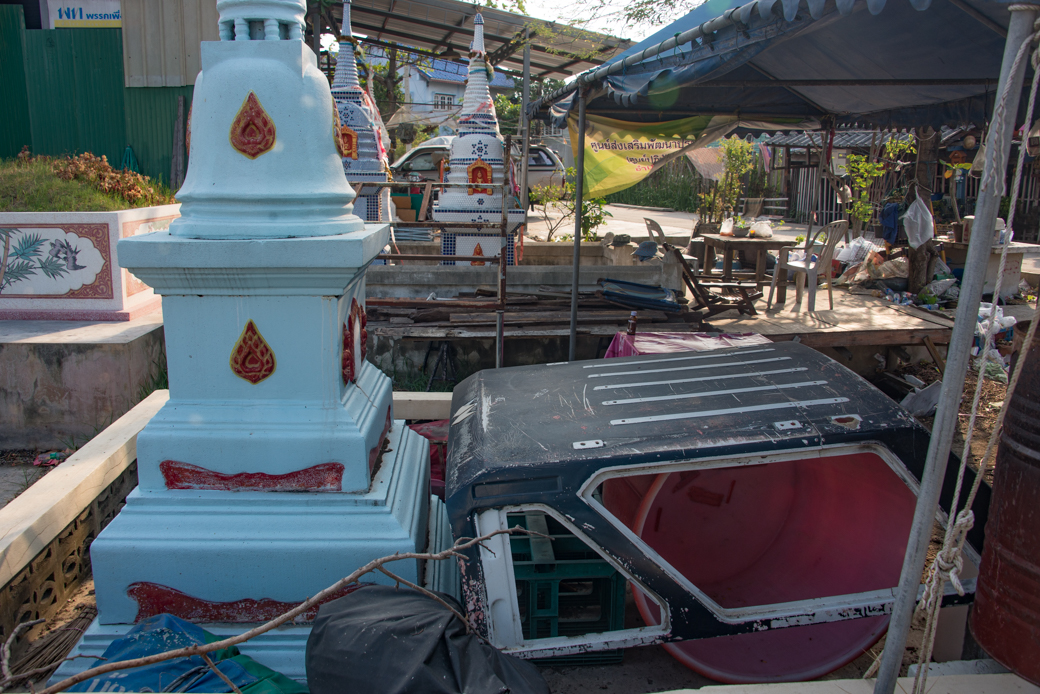 One section of the cemetery (shown above) appeared to be used as a makeshift garage for one of the nearby homes. A shelter has been erected here and items stored underneath. 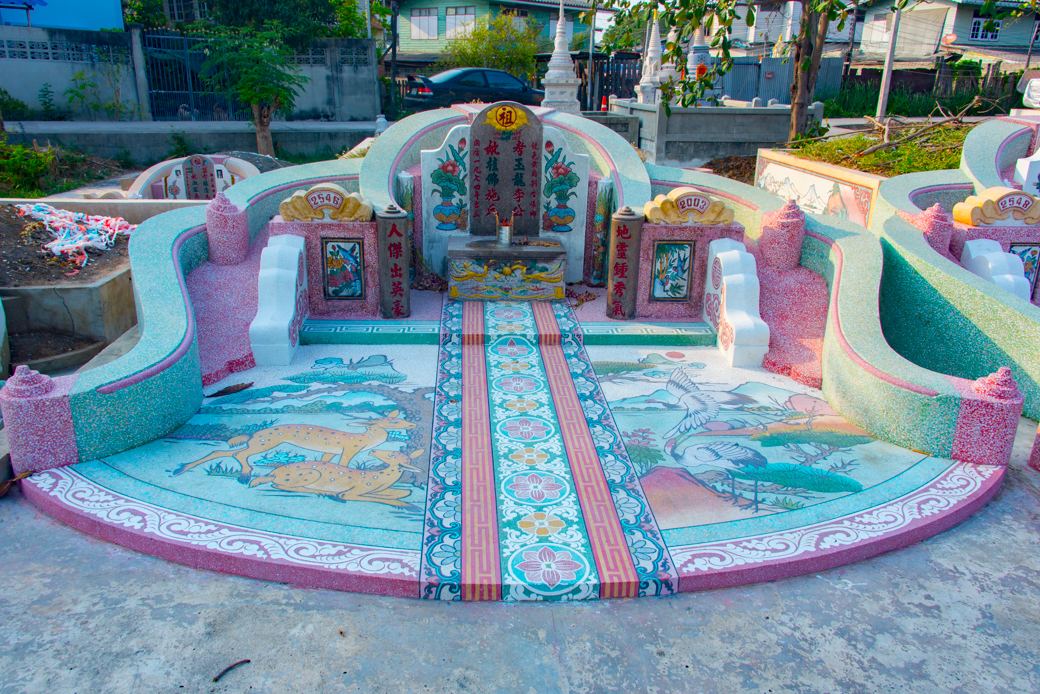 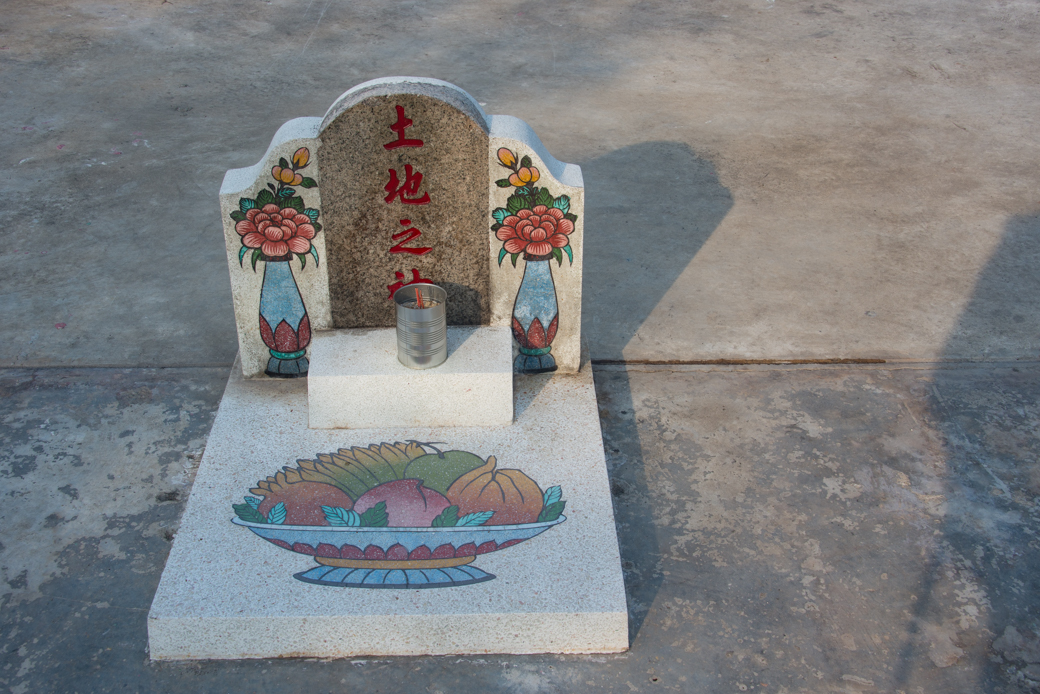 Many of the family graves also have a small monument of sorts for a spirit to reside. This spirit somehow protects the inhabitants of that particular grave. 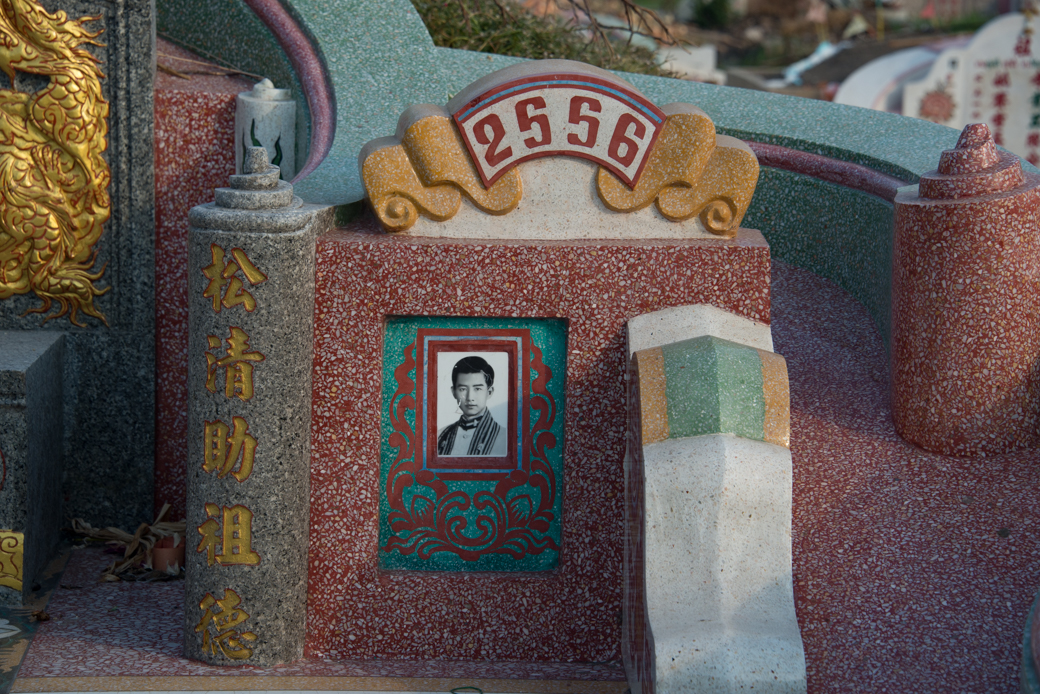 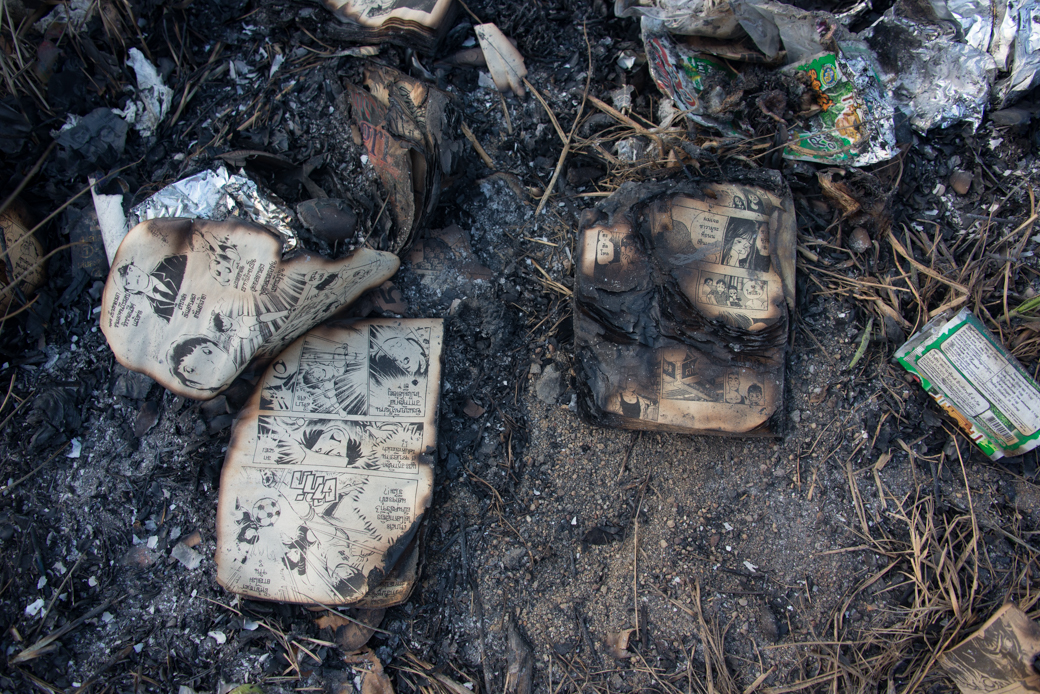 There is a lot of burning that goes on at Chinese funerals. I understand that effigies of many things such as cars, cell phones, computers, etc. are made from paper to be burned at the cemetery. In addition, all of the bedding used by the deceased are burned, often unceremoniously. 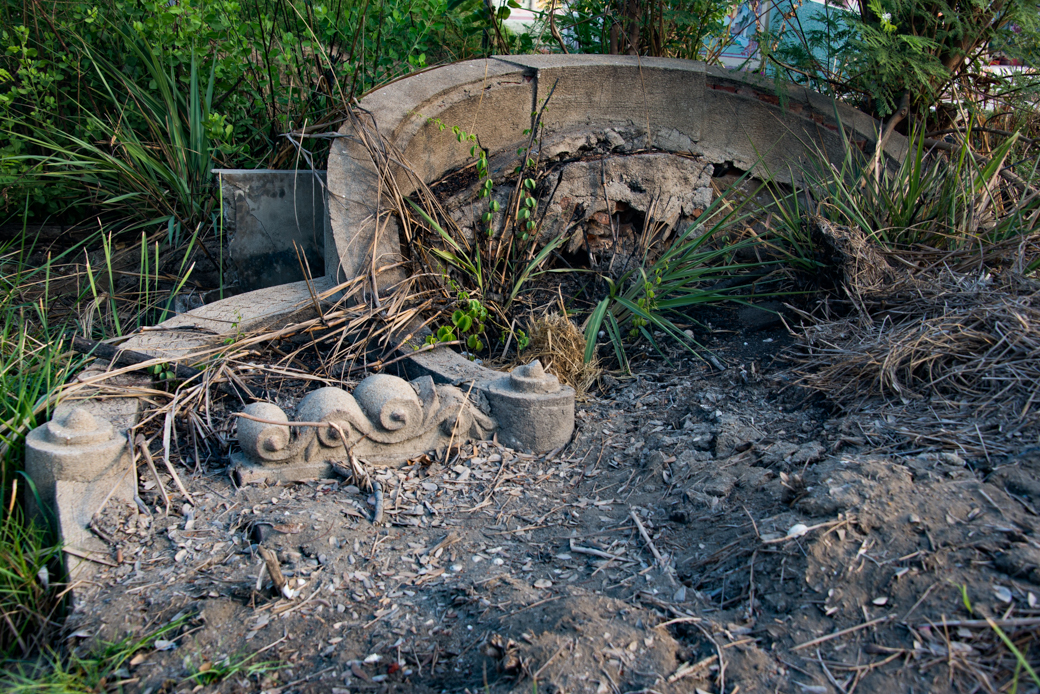 This one did not have the perpetual care plan! 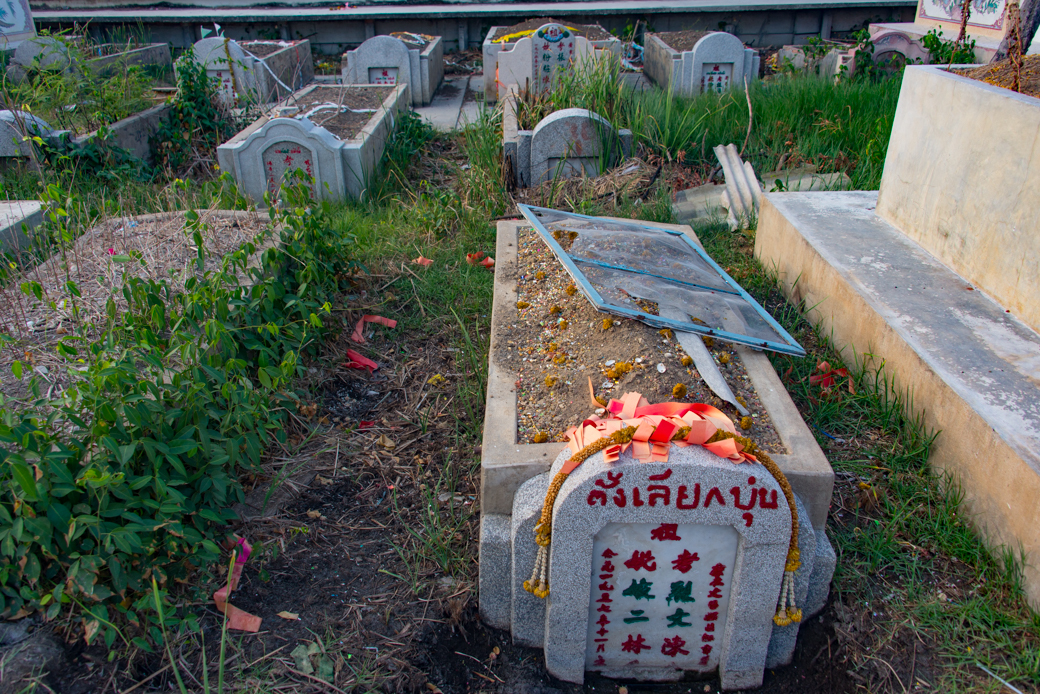 Neglect is rampant at this cemetery.

I came across many references to a mass exhumation being done at Poh Teck Tung Foundation Cemetery. I have not conclusively figured out if the cemetery shown here actually is Poh Teck Tung Foundation Cemetery. If you have any links or information on the cemetery shown here, please leave comments so that I can update this article.